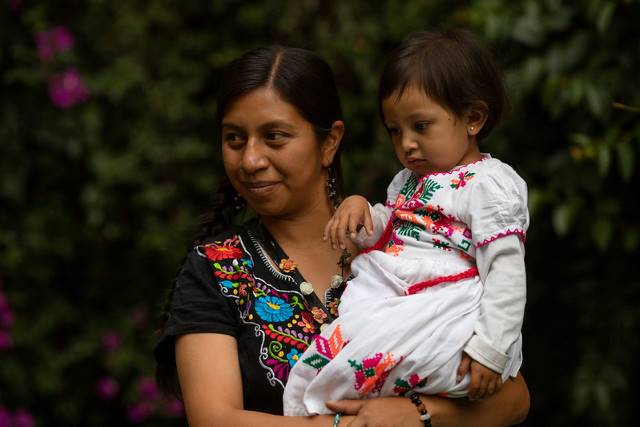 Before the COVID-19 pandemic, moderate poverty in Mexico had declined from 25.7% in 2016 to 23% in 2018, although 29 million people continued living in impoverished conditions. Prior to 2018, Mexico’s multidimensional poverty rate, which includes income poverty as well as factors such as access to food and education, had dropped to about 42% of the population, thereby improving lives in Mexico. However, according to CONEVAL, a public agency that measures poverty, the effects of COVID-19 could mean that 56% of the country, or 70 million Mexicans, may not earn enough to cover their basic needs. This number represents an increase of around 50% more poverty in the past 24 months. Mexican women-led associations and businesses are leading the way to reduce poverty and improve lives in Mexico.

The effects of COVID-19 could eliminate decades of poverty reduction. Global GDP fell 5.2% in 2020, but, Latin America’s drop in real GDP was expected to be closer to 7%, according to the World Bank. The IMF calculates an economic recession of 6.6% in Mexico. By June 2002, more than a million jobs were already lost due to the pandemic.

As a result, Latin America’s second-largest economy, Mexico, could be among the countries in the region that are affected worst. Up to 17 million Mexicans may soon be living in extreme poverty — an increase from 11 million in 2019.

In the state of Querétaro, Mexico, a women-led and women-founded association is helping to lift women and their families out of poverty. Established in 2010, Mujeres y Ambiente SPR de RL de CV has combined forces with an environmentally-minded Spanish company, along with the Mexican government and Autonomous University of Querétaro, to develop cosmetics based on local medicinal plants. Mujeres y Ambiente helps women entrepreneurs in Querétaro to expand their own agricultural micro-businesses, thereby helping them to become economically self-sufficient.

Eulalia Moreno Sánchez, along with her two daughters, Ángeles and Rosa Balderas, formed a Women and Environment group in the La Carbonera community. Through consolidating micro-businesses such as selling earthworm humus, mushrooms, medicinal plants, vegetables and aromatic plants, the women utilize the cultivated raw materials which they use in their products, to help the community produce a sustainable income.

The Nagoya Protocol came into force in Mexico in 2014. This international agreement supports the equitable sharing of benefits from the use of genetic resources that come from traditional knowledge. Under the agreement, the women of rural Querétaro signed the first-of-its-kind permit between Mexico and Spain, which provides access to the genetic resources of traditional medicine plants cultivated in Mexico. The agreement fairly compensates local producers for their knowledge and their work, thus improving lives in Mexico. The community gets to preserve its ecosystem’s genetic resources and the women’s traditional knowledge based on medicinal plants. Members of the association are offered jobs as well as research and business opportunities.

In 2016, Sanchez and her daughters began to export lemon balm, or Toronjil, for the Spanish cosmetics company Provital. Since then, they have signed additional agreements to produce other medicinal plants for the company. With support from the UNDP (Global Environment Facility), the project establishes the legal framework for ensuring the right to protect biodiversity.

In addition to alleviating poverty, the association’s goals include stabilizing the soil, cultivating a nursery and conserving biodiversity. Cosmetic products are developed from the women’s traditional knowledge about local herbs and medicinal plants. The entrepreneurs are part of the cosmetics industry’s sustainable supply chain and they serve as an example of successful conservation through the sustainable use of biodiverse resources. These activities have allowed the women to derive an income, create more jobs and open up markets, offering a way to reduce poverty and improve lives in Mexico.