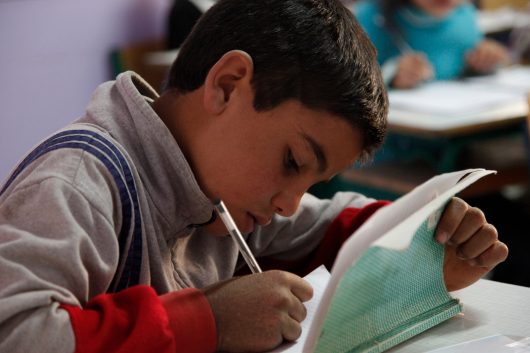 In the face of today’s wars, natural disasters and other emergencies, nearly two million children in 20 countries have overcome adversity to continue their education. The EU and UNICEF launched a joint social media campaign called #EmergencyLessons to highlight the importance of maintaining education in emergencies.

The #EmergencyLessons campaign draws on inspirational stories from countries like Iraq, Ukraine, Nepal and Guinea to celebrate the resilience and strength of children who have braved severe hardships to pursue their education. Since its launch in May 2015, the campaign has reached 70 million people on Twitter alone.

To achieve its goal, #EmergencyLessons encourages students to upload photos, videos or testimonies of how a continued education has helped them through an emergency situation. In addition to reaching children affected by emergencies, the campaign hopes to inspire young Europeans to raise their voice on behalf of the young people whose education has been interrupted by emergencies.

“Here in Europe we tend to take school for granted, and forget what a vital part it is to children, especially when everything around them is collapsing,” says EU Commissioner for Humanitarian Aid and Crisis Management, Christos Styliandes.

According to UNICEF, a stable education is as important as food or medicine. Sustained access to education in emergencies enables young people to survive, thrive and contribute to the recovery of their society.

Of the 462 million school-aged children affected by emergencies, 75 million are in desperate need of educational support. However, less than two percent of the global humanitarian budget is allocated to education. The European Union is committed to financially backing its social media drive by increasing the EU humanitarian budget to education in emergencies to six percent in 2017.

A large amount of EU aid is going to benefit the Middle East region and those affected by the Syrian conflict in particular. The EU Regional Trust provided 90 million euros to support refugee and host country children who are struggling to access educational facilities or quality curriculum. By the end of 2017, 248,000 children in the region will receive some form of educational support from EU funds.