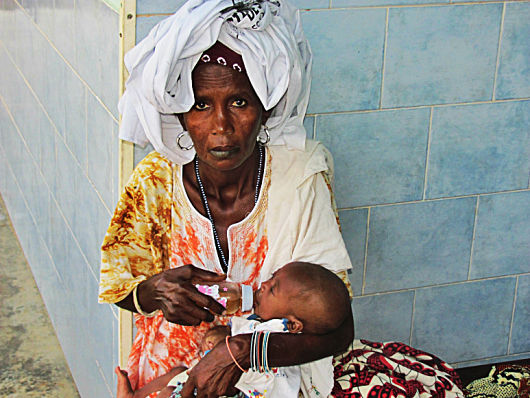 So, what is malnutrition, and what impact does it actually have? According to the World Health Organization, malnutrition is “a deficiency of nutrition” caused by factors related to poor diet and disease. Malnutrition hinders physical development, leading to stunted growth and underweight children.

Malnutrition also negatively impacts brain anatomy, physiology and biochemistry, potentially leading to irreversible brain damage. Additionally, an analysis of child mortality data from 10 countries, including Guinea-Bissau, found that due to “the vicious cycle between malnutrition and infection,” children who suffer growth restriction due to malnutrition are more likely to become ill and have a higher rate of severe illness, leading in turn, to further developmental stunting.

The World Factbook, a publication by the U.S. Central Intelligence Agency, identifies Guinea-Bissau as having the fifth greatest death rate out of 225 countries. Life expectancy at birth, a mere 49.87 years, is also the third shortest, ranking above only South Africa and Chad.

With 18 percent of children less than five years of age underweight and the high risk of disease, Guinea-Bissau is certainly impacted by that “vicious cycle” of malnutrition and illness.

The same analysis that notes this cycle also observes the importance of the “context of poverty” that malnutrition and its ill effects occur within. This poverty, the authors assert, “leads to diminished access to health care, exposure to contaminated environments, poor child care practices, and food insecurity that ultimately affects patterns of intake and illness.”

Poverty rates in Guinea-Bissau have increased notably over the past few years. Now, 75 percent of the country’s population experiences poverty.

Several contributing factors, including socio-political fluctuations and the declining market value of cashews, the country’s primary cash crop, have caused the increased poverty and subsequent malnutrition in Guinea-Bissau. The country’s economy is predominately supported by agriculture with more than 80 percent of the labor force employed in farming. This portion of the population is also the most vulnerable when it comes to food-insecurity.

Experts estimate that in order to end world hunger, alleviating food-insecurity in places like Guinea-Bissau, $30 billion per year is needed over the course of a decade. While it seems like a staggering sum, when compared to U.S. military spending, $30 billion is a drop in the foreign policy bucket.

The U.S. Department of Defense base budget for 2015 is $495.6 billion, nearly 17 times the $30 billion needed to alleviate world hunger. However, the U.S. spends less than one percent of its foreign policy budget on international aid.

An increased contribution to the fight against global poverty and hunger need not be drastic. In fact, by fulfilling their 1970 promise to give 0.7 percent of gross national income as official international development aid, the U.S. and other wealthy member countries of The Organisation for Economic Co-operation and Development could end global poverty.

This foreign aid investment would help people struggling with food insecurity in places like Guinea-Bissau, preventing malnutrition and all its ill effects.

Bangladesh Launches Immunization CampaignHangzhou: The Defilement of a Paradise
Scroll to top