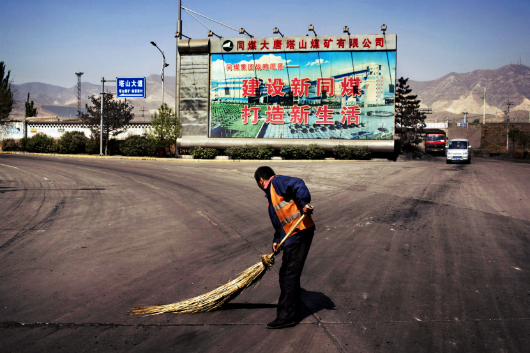 Hangzhou is widely regarded as the poster child for the Chinese economic model. The city is growing at nine percent annually and is six times larger than it was in 2000, thanks to the break-neck speed at which its industries are diversifying and expanding. Residents enjoy a GDP per capita of 9,300 dollars, the ninth highest of all cities in China. But the frenzied rate of development has also precipitated rain on Hangzhou’s parade – the rain being showers of coal dust.

On March 10, 2013, residents woke up to a film of black powder that coated their homes and roads. The trees and flowers of the nearby Bashan National Forest Park were not spared either. Paradoxically, Hangzhou is a city whose name translates to “heaven of the earth.” It is legendary for its natural beauty; an ancient saying declares, “just as there is paradise in heaven, there are Suzhou and Hangzhou on earth.” In 2009, the city was voted the “National Garden City” and given the “China Habitat Environmental Prize.”

However, authorities were not able provide an explanation, much less a solution, for the shower of coal dust that came down on Hangzhou. It was an incident that both literally and figuratively besmirched the city and pointed to a larger nation-wide problem. China burns 3.5 billion tons of coal each year, largely for energy purposes, which generates 60 percent of the nitric oxide, 40 percent of the carbon dioxide and 25 percent of the dust pollutants in China’s notorious pollution.

Many residents of Hangzhou have refused to turn a blind eye to the environmental strains caused by the city’s rapid development. In May of 2014, people in Hangzhou demonstrated against a proposed garbage incinerator they believed would contaminate the air with toxic dioxin and mercury. More than 20,000 signatures were gathered from concerned residents who called for the project to be halted.

The authorities demanded calm, claiming that the incinerator was necessary given that the rapid expansion of the city had led to mounting levels of residential waste. After facing months of continued criticism, they promised that the project would not go ahead if public resistance remained high. At the same time, however, they arrested dozens of protesters. But even if authorities did pledge a shutdown, they could easily withdraw it. In 2011, a paraxylene plant that had sparked multiple protests in the city of Dalian was later quietly reopened in 2012, one year later.

The Chinese government is taking some steps to address the environmental problem in Hangzhou. It promised to build a coal-free zone by 2017, and assured Hangzhou’s residents that they would be able to enjoy more than 300 days of second-grade or better air quality by then. The government established the aptly named Project Blue Sky, Project Green Water, Project Greenness and Project Quietness.

While not being entirely inert, the rate at which progress is being made to ensure clean air might not be fast enough to keep up with the city’s rate of growth. In spite of implementing a metro system in 2012 and other public transportation initiatives that were aimed at decreasing people’s dependence on automobiles, CO2 emissions due to transportation are projected to increase by 59.6 percent by 2020. As long as the city develops at its current rate, demand for cars and other forms of motorization will continue to surge.

In 2013, China released 29 percent of the world’s CO2, or 10.3 billion tons. It was the largest emission from any single country. The U.S. released the second highest amount of CO2, accounting for 15 percent of global emissions with 5.3 billion tons. There is cause for hope, however, with the carbon reduction deal President Barack Obama and President Xi Jingping signed last November. China agreed to cap emissions and increase its use of zero-emission energy sources by 20 percent by 2030. But even with this initiative, it seems that Hangzhou will continue to suffer increasing environmental degradation for at least the next fifteen years.