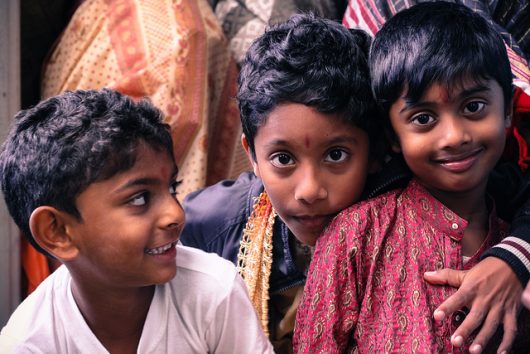 Mauritius is one of the developing countries in sub-Saharan Africa that over the decades has become a middle-income country providing good health care and education systems, a stable governance, good communications and a functioning infrastructure.

Although poverty in Mauritius is not as severe as in other parts of African, minor poverty does exist in rural parts of the country. In 2006, about 8 percent of the country was under the poverty line and humanitarian aid to Mauritius isn’t much compared to other countries; despite this, there are consistent allies that have helped the country get to its current status.

From 1966 to 2015, the nation received a total of $76.6 million in humanitarian aid that has since been distributed to development projects and various improvements.

Mauritius became a member state of the International Fund of Agricultural Development (IFAD) in 1979. Since their admission into IFAD, $23.1 million has been put into projects and programs to improve the quality of life within Mauritius. IFAD currently works to address rural poverty with a collaborative approach with the government to reduce the frequency of poverty. This approach involves knowledge management and sharing, partnership-building and policy dialogue. Rodrigues Island, an island on Mauritius, receives special attention from IFAD on improving incomes and livelihoods for poor rural areas.

In 2014, Britain gave more than $24 million in humanitarian aid to Mauritius that helped towards the nation’s building of gated communities, shopping centers and an elite boarding school by Wellington College, based in the Berkshire.

Mauritius also received $500 million from India in 2017, an amount provided after the two countries decided to reinforce maritime security in the Indian Ocean region. Mauritius Prime Minister Pavind Kumar Jugnauth and India’s Narendra Modi both agreed that the successful management of any and all threats in the Indian Ocean was imperative to secure people of both countries and pursue economic opportunities.

With vigilant eyes focused on the success of Mauritius, humanitarian aid will help in keeping the island safe, modern and prosperous.