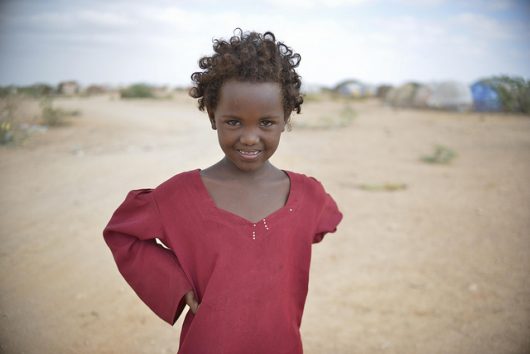 Djibouti is a relatively small country in eastern Africa bordered by Somalia, Ethiopia and Eritrea. The majority of the population lives in urban areas, but this does not mean that the country is immune to problems such as poor nutrition, lack of education and poverty. The success of humanitarian aid to Djibouti has been in addressing these problems and more.

There has been a serious gap in education for females in Djibouti. The literacy rate in 2007 was 81.2 percent for males and only 63.8 percent for females. USAID has been working to specifically address this issue by doing work such as connecting girls with university mentors and revising textbooks using a gender-specific lens. In regard to more general education issues, USAID has also helped to develop a national teacher training plan that has trained more than 1,200 primary school teachers.

The United Nations Girls’ Education Initiative has also addressed these issues within Djibouti. Their Integrated Early Childhood Development program addresses girls’ education as well as childhood health with a focus on preventing HIV/AIDS and polio. They are also working to incorporate the principles of the Convention on the Rights of a Child into common practice in Djibouti.

USAID has also addressed health in Djibouti with a focus on problems related to tuberculosis, polio and HIV/AIDS. They have worked with the government of Djibouti to enhance the National Tuberculosis Program to maintain quality assurance and the management of multi-drug resistant cases. The organization has also supported the polio surveillance program to ensure the virus does not reenter through surrounding countries and to ensure childhood vaccination. Lastly, with the help of the government and other organizations, USAID has created a 1,600 square foot community health center which provides healthcare to over 30,000 truckers and other vulnerable persons to specifically address HIV/AIDS.

UNICEF also worked to address severe acute malnutrition within Djibouti. They provided treatment to 3,811 children under five and 29,513 children between six and 59 months in 2017. UNICEF was also pivotal in providing care for refugees in Djibouti.

The success of humanitarian aid to Djibouti cannot be discussed without mentioning refugees and displaced persons. Djibouti has been known as a transit country for refugees fleeing conflict-stricken countries. As of October 2017, there were more than 27,000 refugees in the country, which is 3 percent of the total population. Some of these refugees have been in Djibouti for over 25 years. There are three refugee camps across the country, all of which depend on humanitarian aid.

More specifically, UNICEF has worked to aid refugee and migrant children. In 2017, they provided 632 children with child protective services and 139 children were involved in risk awareness activities. They also provided 4,396 children with access to schooling. The UNHCR also works to aid refugees in Djibouti with resettlement, ensuring refugee children have access to secondary education and providing food and water to refugee camps.

The success of humanitarian aid to Djibouti is an ongoing process. Drought and a lack of fertile land put pressure on the country as it continues to accept refugees while providing for native citizens. With the help of these international organizations and others, the hope is that Djibouti will continue to be a welcoming and safe country for all who live there.