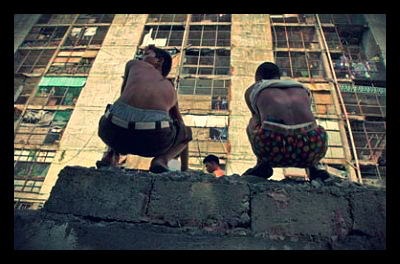 Congressman Ed Royce hosted a house committee on foreign affairs hearing in Fullerton California on November 27, 2013.  One of the speakers was Angela Guanzon, who traveled to the U.S. from the Philippines in 2006 in hopes of a better life. “I worked 18 hour days and had to sleep on the floor in a hallway,” Guanzon said. “My co-workers and I were threatened if we tried to escape.”

Human trafficking is what the State Department, law enforcement officials and NGOs are calling “modern day slavery.” Following narcotics, it is the second most profitable criminal enterprise worldwide and the Philippines has the second largest victim population. Many poverty stricken Filipino women leave their families in the hope supporting them from abroad.

Approximately 1 million Filipino men and women migrate each year, currently there are 10 million Filipinos living abroad. Many of these workers are subject to forced labor and harsh conditions, not just in the U.S., but in Asia and the Middle East as well.  Women who work in domestic positions often suffer violence, sexual abuse and rape. Traffickers use local recruiters in villages and urban centers who often pretend to be representatives of government sponsored employment agencies.  Furthermore, victims are required to pay “recruitment fees” that leave the workers vulnerable to forced labor, debt bondage and prostitution.

To combat this, the Philippines government created the Anti-Trafficking in Persons Act of 2003 and has made minor improvements since then. For example, it increased funding to the anti-trafficking agency from $230,000 to $1.5 million and went from eight full time staff members to 37. They were also able to repatriate 514 Filipinos from Syria in the winter of 2012, 90% of whom were trafficked. Even with an upgraded version of the Anti-Trafficking in Persons Act of 2003, much work still needs to be done in the Philippines and in the U.S. to ensure that women and the poor in the Philippines are not vulnerable to modern day slavery.

Why the Gerald R. Ford School of Public Policy May be Right For YouHow Can Businesses Alleviate Poverty?
Scroll to top