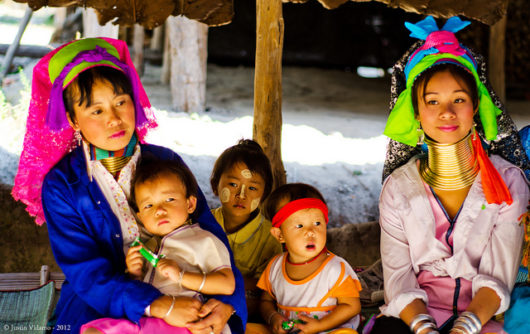 With convenient trafficking routes that funnel women and children in and out of the country, Thailand has become a popular destination for traffickers. Extreme poverty, particularly in rural areas makes children vulnerable. Research estimates that around 60,000 children are trapped in the sex trade in Thailand. Direct intervention can be extremely difficult, due to the violent nature of this criminal activity.

There are a number of risk factors that make children vulnerable to human trafficking. Poverty and hunger can cause parents to sell their children into slavery with the hope that they will find a better life. In addition, traffickers target homeless and isolated children, hoping to lure them with false promises. A lack of education or understanding of their legal rights, also makes children more vulnerable.

In Thailand, most children only attend school for about 7 years. The most susceptible population are girls living in orphanages who are about to graduate into the outside world.

Through these projects, the Safe Girls Campaign helps children achieve self-determination that helps them avoid trafficking. Equipped with knowledge about their legal rights and the skills to pursue a profitable career, vulnerable children can take control of their futures and resist the cycle of trafficking. The work also gives children the tools to lift themselves out of poverty. Entrepreneurial development equips them to pursue a financially stable career.

While the scale of the campaigns’ reach may be small, the impact of economic empowerment on the lives of orphans in Chiang Rai and Saraburi are sure to have a ripple effect. In addition, the tactics they are developing to fight human trafficking and poverty are inherently valuable to ending the epidemic globally.

US Foreign Aid to Belarus: The Gateway to the East Life Expectancy in Uganda
Scroll to top