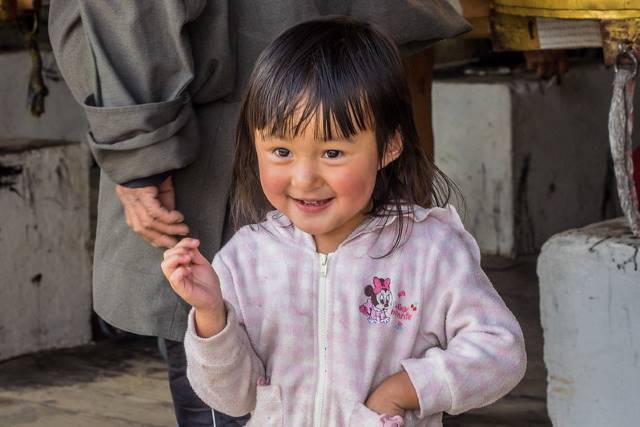 Forced labor and commercial sexual exploitation of children are forms of human trafficking occurring around the world, including Bhutan. Limited research means precise statistics on human trafficking in Bhutan are hard to find. The Royal Government of Bhutan has not accepted the United Nations Convention against Transnational Organized Crime, a treaty that 147 states signed and enforced in 2003. This often leads to Bhutanese courts dismissing charges that meet the international definition of human trafficking.

The Definition of Human Trafficking

The international definition of human trafficking is “the recruitment, transportation, transfer, harboring or receipt of persons by improper means (such as force, abduction, fraud or coercion) for an improper purpose.” Bhutan’s definition is an individual who “recruits, transports, sells or buys, harbors or receives a person through the use or threat of force or deception within, into or outside of Bhutan for any illegal purpose.”

According to the U.S. Department of State, “Bhutan does not fully meet the minimum standards for the elimination of trafficking but is making significant efforts to do so.” The U.S. Department of State upgraded Bhutan to its Tier 2 Watch List because of several positive signs of progress. For instance, Bhutan convicted one person under the human trafficking statute and appealed dismissed trafficking charges in another case. Furthermore, Bhutan investigated “reports of labor exploitation” and worked to implement “anti-trafficking training and public awareness events.”

Bhutan is on the Tier 2 Watch List, which means that the country does not completely comply with the Trafficking Victims Protection Act. However, it is making an effort to meet the standards set. Bhutan has this designation because there is not enough evidence supporting the successes of the government’s actions to combat trafficking and estimates determine that the number of victims is significant or increasing.

Tier 1 refers to countries that fully comply with the Trafficking Victims Protection Act of 2000 and Tier 3 includes countries that do not comply and are not making an effort to improve. Bhutan was designated as a Tier 3 country in 2019 and ranked as a Tier 2 country from 2013 to 2017. Bhutan has been on the Watch List as of 2018. While it appears the Royal Government of Bhutan is making strides, evidence is scarce regarding the success of its anti-trafficking measures.

Project hope was founded in 2004 by Queen Mother Sangay Choden Wangchuck. In 2019, Project Hope changed to Respect, Educate, Nurture and Empower Women (RENEW). Project Hope formerly protected children from labor exploitation by providing shelters. However, the program expanded to RENEW, which not only gives shelter to both women and children but also provides counseling and rehabilitation to victims. Women and children are often the victims of human trafficking, necessitating a program with a special focus on them. From January 2020 to December 2020, the program provided counseling services to 39 people affected by human trafficking.

Meanwhile, the U.S. Department of State’s Trafficking in Persons Office funded a $750,000 program to help the Bhutanese police investigate human trafficking in Bhutan. The UNODC is responsible for implementing the program. The program helps enforce the Standard Operating Procedure for Multi-Sectoral Response to Address Trafficking in Persons in Bhutan. So far, the program has provided training for 16 journalists, 82 police officers and 95 prosecutors. The program also includes training so that people know how to protect themselves from human trafficking when working overseas.

Organization is essential for efficiency and the Child Labor Task Force focuses on organizing efforts from multiple agencies and ministries. Government officials, international organizations, civil society organizations and the private sector make up the Task Force. However, a lack of research on its activities means its efficiency is unclear.

Monitoring trends of human trafficking in Bhutan, advising policies to implement and organizing anti-trafficking efforts are some of the main responsibilities of the Trafficking in Persons Special Task Force. The Department of Law and Order leads it but other government agencies and civil society organizations help the task force.

Continued improvements and diligence are essential to eliminating human trafficking in Bhutan. Fortunately, the U.S. Department of State recommends several possible and plausible solutions. These include:

Human trafficking in Bhutan can decrease even further with solutions created by organizations and programs already in place. Cooperation, organization, enforcement and education can and are undergoing improvement, especially in the last few years. However, more clear evidence is necessary to fully understand the full picture.