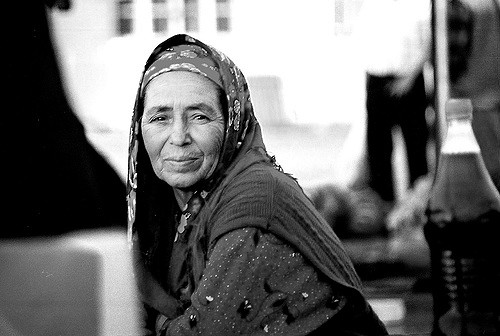 Human rights in Turkmenistan have a long-held reputation as among the harshest in the world, a reputation still held today. The current president, Gurbanguly Berdymuhamedov, and his close advisers control nearly every facet of public life.

In September 2016, the Turkmen parliament enacted a new constitution, removing the 70-year-old age limit for the office of the presidency and also eliminating presidential term limits.

Those who publicly and even sometimes privately advocate for a civil or free society in Turkmenistan take a great risk. They live in constant fear of governmental retribution, and not only endanger themselves but often their families too.

In October 2016 three activists were arrested. Two were sentenced to supervised, forced labor. While one was released after ten days, the other was sentenced to three years in prison based on fabricated fraud charges. The third, Galina Vertryakova, while in police custody awaiting trial, managed to post dissenting comments about the Turkmen government on Russian media channels. Shortly thereafter, he was arrested on unfounded extortion charges.

In August 2016, Akmukhammet Baikhanov, a Turkmen exile, was in Moscow when two men in masks attempted to abduct him. This took place one month following his publication of a book that revealed specific abuses of human rights in Turkmenistan prison “Ovadan-Tepe,” a facility known for torture and terrible conditions. In April 2016, the Turkmen government detained Baikhanov’s brother, stating that they did so because of Baikhanov’s book.

However, the case of Geldy Kyarizov best depicts the lengths to which the Turkmen government will go to silence activists. In the early 2000s, Kyarizov sustained a six-year prison sentence, convicted on fabricated criminal charges. But, the government finally granted him permission to leave the country in 2015. In November of 2015, Kyarizov interviewed publicly for the first time and described his experience at the prison. Following this interview, Turkmen government officials cut off all communication between him and his family, threatened his siblings and briefly jailed one of them after alleging drug charges.

2. Press and the media

Freedom of the press does not exist in Turkmenistan. Instead, the state oversees all media, whether print or digital, and almost never allows foreign media outlets access to Turkmen media. Also, if someone catches a Turkmen citizen providing media content to foreign media agencies, that citizen will face retaliation from the government. The government also has eradicated most private satellite dishes, and the internet remains heavily restricted and monitored. In fact, the internet in Turkmenistan is among the most expensive in the world.

Saparmamed Nepeskuliev, a journalist for RFE/RL and Alternative News of Turkmenistan, an exile-run news outlet, received a three-year prison sentence in August of 2015 for unfounded drug charges.

In the early 2000s, former dissident and journalist, Chary Annamuradov, fled persecution from Turkmenistan. He gained asylum and citizenship in Sweden in 2003. When going on vacation to Belarus in 2016, Belarusian authorities arrested Annamuradov upon arrival for having an outstanding international arrest warrant for leaving Turkmenistan illegally. However, shortly after Belarus denied a Turkmen extradition request for Annamuradov in September, unknown individuals kidnapped Annamuradov’s brother from his home in Turkmenistan, holding him for four days. During that time the kidnappers severely beat and interrogated him about his brother. Altymurad Annamuradov died shortly after his return home by his kidnappers.

The abuses of human rights in Turkmenistan society is arguably seen most ostensibly in their treatment of political dissidents. The number of individuals jailed for political reasons remains unknown, due to the lack of transparency within the justice system. Trials often close off the public; independent monitoring of criminal cases can result in imprisonment or other forms of punitive action.

Due to this lack of transparency, the whereabouts of political dissident Gulgeldy Annaniazov, arrested in 2008, was not known publically until 2015. Annaniazov continues to serve an 11-year sentence. The fate of at least dozens of other political dissidents remains unknown. Despite its membership in the U.N., the Turkmen government ignored all requests to release certain victims of these enforced disappearances.

According to the “Prove They Are Alive,” campaign, three government officials died of unknown causes within the last two years. This includes Yolly Gurbanmuradov, a former deputy minister in charge of the gas industry, who died in December 2015; Annadurdy Annasakhedov, the former head of the department of counterintelligence, who died in February 2016; and Vekil Durdyev, a former state security officer, who died in August 2016.

In addition to this, both the U.S. State Department’s report, as well as the Amnesty International’s report, details the treatment of many inmates in Turkmen prisons. Torture appears as a commonality and is carried out in various ways including electric shocks, asphyxiation with a plastic bag, rape, forcing inmates to stay outside in extremely hot or cold temperatures for long periods of time and even forcibly administering hallucinogenic or psychotropic drugs.

Unfortunately, despite its constitution declaring the country as a presidential republic and secular democracy, an authoritarian regime runs the nation; ensuring that the citizen’s ability to change the government is futile. In order to reform the abusive human rights in Turkmenistan, a reform in government is mandatory.

9 Important Facts About Human Rights in South AfricaA Nation’s Struggle: The Main Causes of Poverty in Finland
Scroll to top