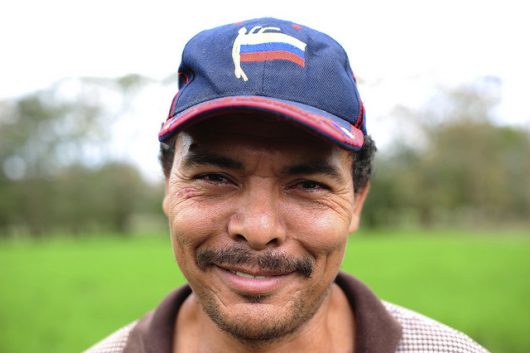 There are many components to consider when evaluating how well a country is promoting human rights. On many fronts, the government of Nicaragua is failing its most marginalized populations: women and indigenous people. Human rights activists and journalists are also subject to government harassment. Here are three issues of human rights in Nicaragua:

Violence Against Women and Girls
The lack of legal protections for women in the case of domestic violence is a huge issue for human rights in Nicaragua. Studies estimate that one out of every two women in Nicaragua has experienced violence. Though a comprehensive law addressing gender-based violence was passed in 2012, many of the major advances in the law were overturned in subsequent years. In 2014, President Daniel Ortega issued a special decree shifting responsibility for the law’s implementation to the Ministry of the Family and mandated the establishment of neighborhood-based counseling as the first step to resolving “family conflict” prior to filing a legal complaint.

In 2016, this decree made it more difficult to access legal justice in cases of domestic abuse. The already under-resourced police units in charge of handling gender violence cases were shut down altogether. There is an emphasis on “family values” within Nicaraguan culture which makes it difficult for women to be taken seriously when coming forward with cases of domestic abuse. The actions of the government are only exacerbating the problem.

Indigenous Peoples’ Rights
In the past several years, there has been a wave of violent attacks against the Miskitos, the largest indigenous group on the Caribbean coast of Nicaragua. According to CEJUDHCAN, a non-governmental indigenous rights organization, 21 indigenous men have been killed since 2014 and dozens more wounded or kidnapped. Women have been raped, and armed men have attacked several villages. The Miskitos blame the attacks on settlers coming from other parts of the country. Thousands of Mestizos (Nicaraguans of Spanish descent) have moved into the rainforest, enticed by cheap, fertile land and timber and gold. Tensions have erupted into violence, and almost 3,000 Miskitos have fled their homes since 2015. The government’s failure to properly address this conflict has been a huge blight to human rights in Nicaragua.

The Miskitos say the government has done little to stop this violence. The army was only deployed once in December 2015, and once stationed, they did little else to help the locals. President Daniel Ortega has publicly backed the Miskitos’ right to their land but has initially denied any connection between the violence and the land conflict. The Miskitos accuse the president of only using the conflict for political gain around election time, and of taking no concrete action to protect the Miskitos or their land.

Mistreatment of Activists
The Nicaraguan government has been accused of unfairly targeting, detaining and deporting activists. In June 2016, six foreign environmental activists were detained and expelled from the country. There was a human rights hearing last year in regards to the killing of Francisco Garcia, whose family claims that he was targeted due to his wife’s work in the field of indigenous rights. His family alleges the government failed to diligently investigate the incident. Several other indigenous activists have reported cases of harassment and intimidation, with little response or support from authorities. Governmental targeting of activists leaves these citizens vulnerable and is a hindrance to human rights in Nicaragua.

In Nicaragua, the government is failing to protect the human rights of women and indigenous people. Activists are being unfairly targeted and left without legal protection. Without fair legislation and concrete action by the government, these groups will continue to struggle.