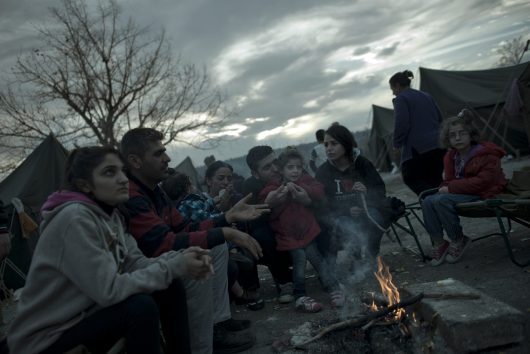 Bulgaria is integrated into the EU and its economy is growing while unemployment and poverty decline. But not all populations are benefiting from these improvements. Income inequality is vast and not all Bulgarians have good economic opportunities. Furthermore, certain populations are denied human rights in Bulgaria.

Journalists
The U.S. State Department notes that there have been threats of intimidation against journalists. While the courts generally rule in favor of free speech, government officials have often sued for libel and defamation. Some have threatened journalists’ lives for their reporting.

The Disabled
Mentally and physically disabled people tend to be institutionalized in Bulgaria. These sites are poorly maintained and understaffed. For those capable of education, there is little policy to guide how to teach them. As a result, many disabled children are uneducated. While discrimination based on disability is illegal, many cannot obtain jobs because of their lack of education and training. Additionally, most workplaces are not equipped to accommodate the disabled.

Women
Women face several human rights abuses in Bulgaria, from income inequality to religious discrimination and sexual abuse. Sex trafficking of Bulgarian women and children is recognized as a great concern to the U.S. State Department. Furthermore, there is a taboo about reporting rape in Bulgaria, leading to many women not reporting the crime.

Refugees
There are numerous reports of police brutality against refugees fleeing into Bulgaria. Refugees have been separated from family members, beaten and robbed. Some are sent back to their country of origin, while others are detained longer than what is considered ethical.

There are alarming abuses of human rights in Bulgaria. The good news is that many watchdog organizations are aware and working to end them. Amnesty International and The Human Rights Watch are acting as sentries on Bulgaria’s activity. The U.S. State Department has released reports about Bulgaria, while the U.N. has called on Bulgaria to improve conditions. As the country grows in the global community, hopefully the gains will been felt by all populations.