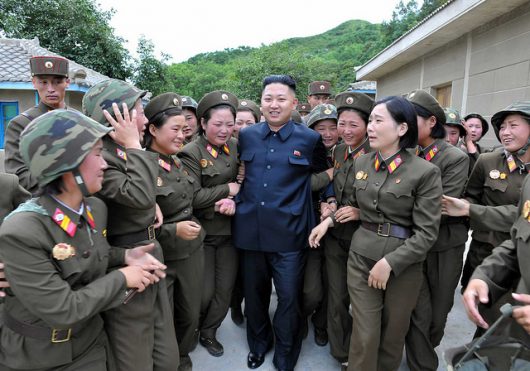 The Kim regime has continued to inflict disturbing human rights abuses in North Korea on its people. As a result, to help keep America as well as innocent citizens of North Korea safe, the House has voted unanimously on a critical and bipartisan North Korea human rights bill.

According to Newsweek, North Korea’s authoritarian regime has “snatched” teenagers out of their schools to be Kim Jong-un’s apparent sex slaves, forces members of the country’s upper class to watch executions and its leaders are perfectly content to eat expensive foods while the rest of his people subsist on grass.

Reuters recently reported that executions are often carried out in prison camps to instill fear and intimation among prison inmates that are contemplating an escape attempt. Public executions are carried out for minor crimes and distribution of South Korean media can also lead to execution.

According to NK Daily, a person in North Korea can be sentenced to death for communicating with the outside world, and a minimum of ten years of reeducation is the punishment for listening to South Korean media or another foreign radio.

The bill to combat human rights abuses in North Korea is a reauthorization of a 2004 North Korea human rights law that will add to the measure of new provisions aimed at spreading uncensored information throughout the country to inform the citizens of North Korea what is happening in the outside world. It will enact important snippets of updates that have to do with freedom and technological advances that are beyond radio broadcasting.

Chairman Ed Royce and Majority Leader Kevin McCarthy recently stated that “the truth is Kim Jong-un’s greatest enemy. So as we step up sanctions to cut off the cash that funds Kim’s nuclear program, we must also break down barriers to truth in North Korea. This bill will update critical efforts to get real, accurate information into the hands of North Koreans through radio broadcasts, USB drives, mobile devices, and more. When Kim Jong-un has to answer to the North Korean people, he will pose far less danger to us.”