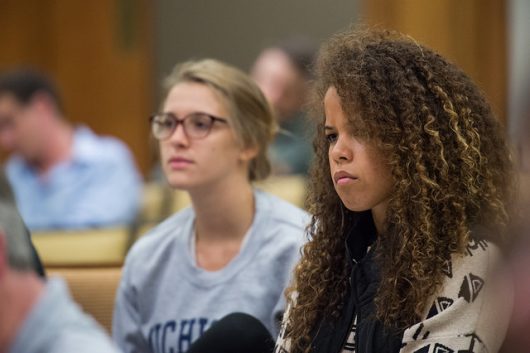 To most, the word “lobbyist” usually inspires images of big corporations influencing politicians. However, this image is not entirely accurate. Lobbying is actually a useful tool that average people can and should use. It is a form of advocacy that focuses on educating or influencing representatives in our government. You do not need money or power to lobby.  You need only a voice, and by following these three steps, you can learn how to be a citizen lobbyist.

Step 1: Know who you are and the power you have.
American citizens ages 18 and older have the power to vote and are essential pieces of the country’s democratic system. However, few know that they are also constituents. Essentially, a constituent is a member of a community or a part of a whole.

Every citizen is a constituent to three individuals in Congress, and it’s paramount to know whose constituent you are. These three individuals are the two senators representing your state and the congressman or congresswoman representing your district. These representatives represent you and your interests in the legislation they vote for, and it’s important to know you have the power to influence their vote.

Members of Congress will listen to their constituents over other citizens because those are the people they are elected by and represent. For example, senators are not too interested in listening to citizens of another state. They would rather like to know what their constituents are thinking and worrying about. You can find out who your three representatives in Congress are on the Borgen Project’s Who Are My Leaders? page.

Simply put, it’s all about getting your word out. Representatives are not mind-readers; they are politicians. The best way to get politicians to vote on something you may be passionate about is to talk to them about it. You don’t have to walk into their office and proclaim your dream of a poverty-free world. An email, call or written letter all get the job done, and you can always do all three. You can even write a letter to the editor of your local newspaper discussing a certain bill or use social media to contact your representatives.

If you are the outgoing, adventurous type, try attending events where your representatives will be speaking or schedule a meeting with them. The more you meet with your representatives or attend their town hall meetings, the more they and their staff will get to know you and your cause.

Step 3: Practice.
Now that you know how to be a citizen lobbyist, it is your job to practice being an active citizen.

If you are shy, start out with phone calls or emails. They can be as simple as mentioning you are a constituent, your name and the bill you would like them to support. For the more outgoing, show up at the next town hall meeting.

By following these three easy steps, you too can learn how to be a citizen lobbyist.