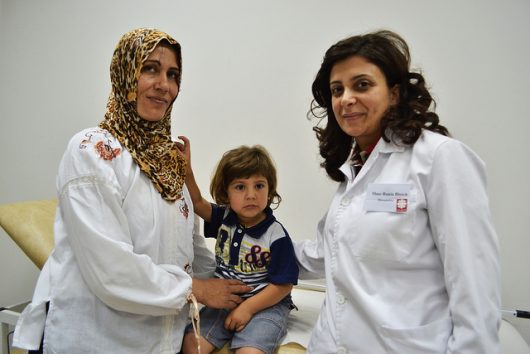 Three of the most major diseases in Lebanon are coronary heart disease, stroke, and hypertension, according to World Life Expectancy data. These ranked first, second and ninth, respectively. All three diseases are types of cardiovascular diseases, meaning that they affect the heart and blood vessels.

Coronary heart disease is defined as the buildup of plaque over time within the arteries. This plaque can rupture and cause blood clots, or it can weaken the arteries so much that it prevents oxygen from flowing through the blood to the heart, causing a heart attack. A stroke occurs with the interruption or reduction of blood flow to the brain, which may result in the death of brain tissue. Hypertension or high blood pressure is when the heart pumps so much blood that too-thin artery walls cannot properly manage it. This can lead to heart disease or stroke if left untreated, as it weakens heart muscles.

One of the major risk factors for cardiovascular disease is smoking, which damages blood vessels and other structures of the heart. According to World Life Expectancy data, Lebanon ranks eighth in the world for smoking, which puts its residents at greater risk for developing the major diseases in Lebanon.

The good news is that, in 2014, the Lebanese government partnered with the WHO and began working to prevent smoking in the country. Together they created laws against smoking in public places such as universities, restaurants and hospitals and established a fine for breaking these laws. According to the WHO, Lebanon also removed tobacco advertisements, put warning labels on packages and began a recovery program for smokers to help combat smoking and prevent cardiovascular diseases.

China Holds International Poverty Forum to Promote InnovationHow to Be a Citizen Lobbyist: Three Simple Steps to Get Started
Scroll to top