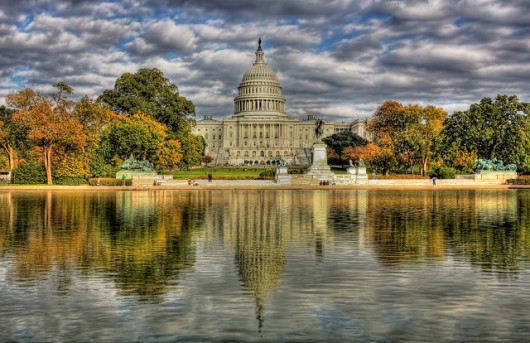 There is widespread confusion regarding the difference between a congressman and a senator. While it’s clear that a senator is a member of the Senate, does the term “congressman” include senators, or does it refer exclusively to members of the House of Representatives? And what comprises the “Congress” of the United States?

Merriam-Webster defines “Congress” as “a particular congress; especially: the congress of the United States that includes the Senate and the House of Representatives.”

So, both the Senate and House of Representatives make up the U.S. Congress. Shouldn’t this mean that the term “congressman” applies equally to both a senator and a representative?

According to Merriam-Webster, a “congressman” is “someone (especially a man) who is a member of a congress and especially of the U.S. House of Representatives.”

Unwritten Rules: The Difference Between a Congressman and a Senator

Having determined the appropriate designations for each type of elected representative, it is worth noting that there are some other basic differences between a senator and a member of the House of Representatives.

The guidelines for the election and apportionment of each are outlined in the United States Constitution, and by subsequent amendments to the Constitution.

Representatives and senators both are elected by popular vote in each state in the U.S. However, while each state elects exactly two senators per term, the number of representatives per state are apportioned according to the state’s population.

The Senate has exclusive powers, including the fact that treaties cannot be ratified without the Senate’s consent. Senators also confirm presidential appointments to office, such as appointments for justices of the Supreme Court.

Legislation, however, must be approved and ratified by both the House and the Senate before it can be enacted.

Info About Child Soldiers: What You Need to KnowMusicians Who Fight Poverty in Unorthodox Ways
Scroll to top