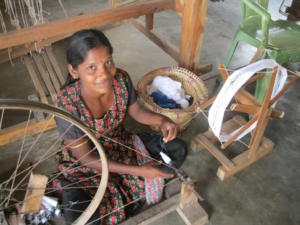 The small South Asian country of Sri Lanka has been supported by the United States since the 1950s through U.S.-led programs that have invested in the island nation. Programs over the years have focused on a variety of causes, including health, education, business development, trade and good governance, just to name a few.

Since the tsunami of 2004, more assistance has come to this country of 21 million residents to help it continue to grow its economy as the U.S. pursues its goal of widening and accelerating economic growth as well as reconciling the ethnic and religious tensions within Sri Lanka.

However, the foreign aid cut proposed by President Trump will directly affect the amount of aid the U.S. can donate to this country, which is still trying to recover from a series of natural disasters and civil conflicts. In light of these recent developments, it is important to examine how the U.S. benefits from foreign aid to Sri Lanka.

The Realities of Foreign Aid

Trump’s proposal intends to cut foreign aid by an estimated 28 percent from last year, a significant amount that can no longer be used to continue to aid the world’s poor. A common assumption is that the U.S. spends a large portion of its federal budget on foreign aid, but this is a misconception.

In the case of a nation like Sri Lanka, foreign aid from the U.S. has not only helped citizens rebuild their lives after natural disasters and civil conflicts, but in turn, the U.S. benefits from foreign aid to Sri Lanka by receiving returns on its business relations with the country, due to the support the U.S. has given the Sri Lankan economy.

The U.S. benefits from foreign aid to Sri Lanka through its continued participation in bilateral trade with the country, by exporting products such as industrial machinery, medical instruments, aircraft parts, lentils, paper, food, garment fabrics and pharmaceuticals.

This bilateral trade agreement between the U.S. and Sri Lanka has helped the U.S. economy over the years. In 2017 alone, the U.S. sent $335.7 million in exports to the nation, while imports from Sri Lanka totaled $2.86 billion.

Sri Lanka currently desires to uplift its citizens out of poverty and develop the nation into an upper middle-income economy. The nation’s gross domestic product was an estimated $81.3 billion in 2016, and is expected to increase by 7 percent by the year 2020.

Unlike many of its Asian counterparts, Sri Lanka is looking to arrange more foreign investment deals, which is an arena the U.S. can take advantage of with investments. U.S. investment in Sri Lanka will generate more annual revenue for both countries, especially in tourism, a thriving industry that serves as an example of how the U.S. benefits from foreign aid to Sri Lanka.

This potential revenue will help strengthen the U.S. economy while helping to provide local jobs for Sri Lankan citizens. Sri Lanka also has other advantageous policies to offer the U.S., such as a relatively open financial system, a moderately stable monetary policy, improved infrastructure and world-class local companies.

If the U.S. continues to aid the citizens of Sri Lanka in resolving the country’s economic challenges, it will also find itself generating more revenue for its own economy, Time will tell what effects the current circumstances will have on both nations.