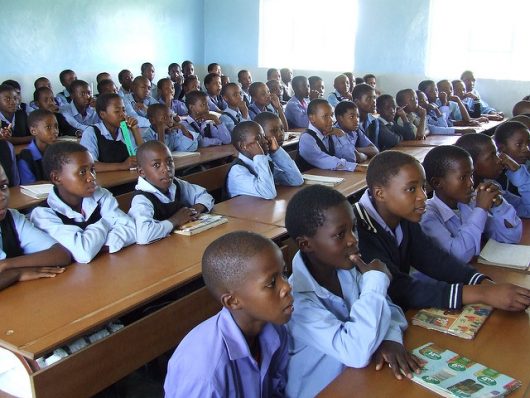 Situated wholly within the country of South Africa, the small country of Lesotho is a member of a very rare group of countries which exist completely within the borders of a separate state. Lesotho’s population is roughly 2 million, and its geography is mainly highland. At its $1,160 GDP per capita, it is classified as a lower- and middle-income country by the World Bank. While it may seem as though this African monarchy should not demand the foreign aid of large developed countries, due to its relatively small size (about the size of Maryland) and population, quite the opposite is true. Here is a look into how the U.S. benefits from foreign aid to Lesotho.

The U.S. is Lesotho’s largest trading partner with Lesotho sending 43.9 percent of its total exports to U.S. shores. Lesotho’s exports are mainly constituted of clothing (40 percent) and diamonds (22 percent).  Provided that these commodities are valued in the U.S., the U.S. benefits from foreign aid to Lesotho because it will continue receiving exports at the current rate, which will likely grow given increasing development. Furthermore, Lesotho also gets 93 percent of its imports from South Africa. As Lesotho benefits from foreign aid, the market for South African goods increases. So investing in this small country could potentially benefit a much broader population in South Africa. With the U.S. being South Africa’s third largest import source, this could potentially increase as the prosperity of Lesotho grows.

Since the end of World War II, the U.S. has made global political stability a priority in its foreign policy. Like many decolonized nations, Lesotho has had much violence in its short existence. In 1966, Britain released its colonial rule on Lesotho, and the country was founded as a monarchy. However, in 1970, the country’s first Prime Minister Chief Leabua Jonathan suspended the constitution, exiled the king and ushered in a 23-year-period of authoritarian rule, complete with multiple coups and political repression. In the last five years, there have been armed clashes between the police force and the military. Unrest in Lesotho has involved South Africa in the past, and if Lesotho were to receive foreign aid, the benefits in political stability would also permeate South Africa.

In Lesotho, 24.6 percent of the adult population (15-49 years old) is infected with HIV/AIDS, compared to an estimated 18 percent of adults in South Africa. This staggering percentage, nearly a quarter of the population, is the second highest prevalence of the disease in the world. Young people make up a sizeable portion of this population, along with 13 percent of young women and 6 percent of young men in the country being HIV positive.  The U.S. benefits from foreign aid to Lesotho by achieving its goals for HIV/AIDS reduction and the improvement of global health. Lesotho is a key benefactor of the President’s Emergency Plan for AIDS Relief (PEPFAR), which is a U.S. governmental global initiative for the reduction of the global HIV/AIDS epidemic. PEPFAR would surely benefit by an increase in foreign aid funding.

Despite Lesotho’s small and landlocked status, it represents an area in which U.S. foreign aid can be utilized to help Lesotho’s people and benefit the economic, political and medical goals and interests of the United States.