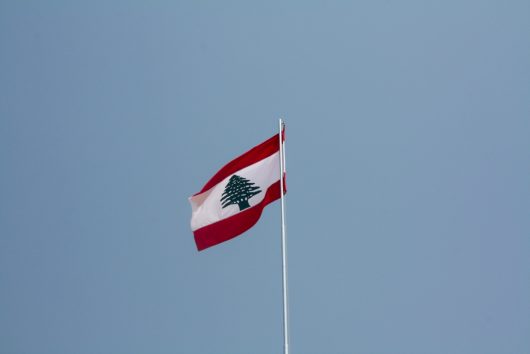 Lebanon is a sovereign state that lies on the western coast of the Mediterranean sea. With over six million inhabitants, this small country shares a long border with Syria, a country that is currently facing a multi-year civil war that has been the cause of hundreds of thousands of civilian deaths and intense human suffering.

Due to Lebanon’s close proximity to Syria, it naturally has faced some conflict in recent years with the overflow of refugees and military conflict on Lebanese soil. The Syrian war has already rendered and continues to produce much devastation for Syrian people, mainly through a lack of human rights.

Because of this, the media has associated countries in the surrounding area with this chaotic state. There has been a very distinct picture painted of Lebanon, characterized as unsafe and disorganized. However, everything the public is being told is not exactly true, and the way the media misrepresents Lebanon has a major impact on how we categorize and make assumptions about this beautiful, culturally-rich state.

While certain parts of Lebanon have faced overflow from the Syrian war–for instance, there have been minor security incidents that have occurred in smaller cities like Baalbek and Sidon–these incidents have been both sporadic and uncommon. The way in which the media covers these topics often paints Lebanon as an unsafe environment for travelers, which is not entirely true.

While there are places to avoid, such as the smaller cities that lie on the Lebanon-Syrian border, larger cities like Beirut have remained nearly untouched and are still safe for tourism. In fact, sources like the New York Times and ABC News have published pro-Beirut pieces that highlight the beauty of Beirut culture. Specifically, the New York Times article touched on the Beirut art scene and the various cultures weaved throughout the city’s architecture and cuisine.

In addition to Beirut, other Lebanese cities like Byblos and Zahlé have also been marked safe for tourism in recent years, with standard travel-safety procedures. The truth is that these Lebanese cities are very similar to any other major city; it is simply a large metropolitan area with general security issues like pickpocketing, scamming and robbery. These problems exist in all major cities throughout the globe.

However, when visiting Lebanon, it is important not to ignore the struggle the country faces with border safety and its ongoing rubbish crisis, in which large amounts of trash continue to cover the state’s shoreline. While tourism helps the Lebanese economy, it is vital that tourists do not contribute to the country’s main issues such as littering.

Although it faces a few security concerns, Lebanon is a beautiful country. Cities like Beirut, Byblos and Zahle have enriching cultures and histories alike, and it is important not to let the way the media misrepresents Lebanon take away from the nation’s true colors.

Practical Methods: How Floating Gardens Can Tackle Poverty 10 Facts About Poverty in Russia
Scroll to top