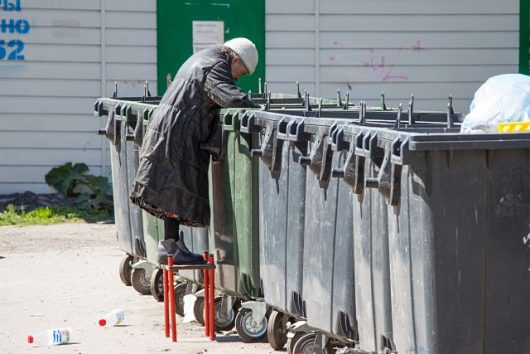 Almost 145 million people live in Russia. Despite placing emphasis on unity, some enjoy a much higher quality of living than others. This is evident in the country’s large income discrepancy, and the accompanying poverty in Russia. Below are 10 facts about poverty in Russia:

1. Poverty is on the Rise in Russia

2. Oil is Partly to Blame

One of the greatest threats to the Russian economy has been decreasing oil prices. In a country that greatly depends on oil, a shift in prices can be catastrophic. Given the falling oil prices over the past few years, from more than $100 per barrel to less than $30, Russia’s economy is vulnerable. Although there has been modest improvement as barrel prices are now at $60.

3. Agriculture is Also at Fault

As a country with vast amounts of tundra, agriculture is not a prime industry in Russia. Soil that lacks productive capabilities places a limit on economic expansion. Although Russia plays to its strength with oil, decreasing its dependency is a must. Diverse industries create jobs – something that could help alleviate poverty in Russia.

Wealth inequality exists in both developing and developed countries; including the U.S. Russia is no exception. The richest 10 percent of Russia’s population control three-fourths of wealth. This raises flags for a country with a rising poverty rate. With a dwindling middle class, Russia faces a problem on the horizon. Improving wealth distribution will take a creative solution.

5. President Putin has Vowed to Help

Acknowledging the issues that many Russians face, Vladimir Putin committed to improving conditions. He mentioned nearly 20 million Russians are living below the poverty line and promised to cut the number in half by 2024. Some had concerns that the plan lacked specific methods of action. Regardless, starting a conversation on poverty in Russia is a step in the right direction.

Russian citizens in rural areas often enjoy a better quality of life. Due in part to the wealth inequality that plagues the country, city living can be expensive. For this reason, those living in rural parts of Russia often experience less poverty than in the city. Rural living is beneficial in Russia; despite the country’s lack of agricultural capabilities.

As a whole, the economic future of Russia is hard to predict. Poverty can be a direct result of economic conditions. In a country like Russia, this principle holds true. Growth in key industries is slow. With bankruptcy being commonplace in many regions of Russia, the time for the country to act is now.

As one of the most powerful methods of change a country has, utilizing politics can help Russia. An absence of a cohesive strategy to combat poverty is a key reason for Russia’s struggle. Developing and executing a policy on a national level has achieved success elsewhere. Local, regional and national policies could provide a piece to Russia’s poverty puzzle.

10. The Road to Poverty Reduction Could be Long

Russia’s economic woes might not see a quick resolution. The country’s economy is slow to change with the rest of the world. And with oil prices still below what they were during prosperity, Russia needs to adapt. Until it does, poverty in Russia will continue to be a problem.

How the Media Misrepresents Lebanon to be UnsafeWorld TB Day 2018: The Global Fight Against Tuberculosis
Scroll to top