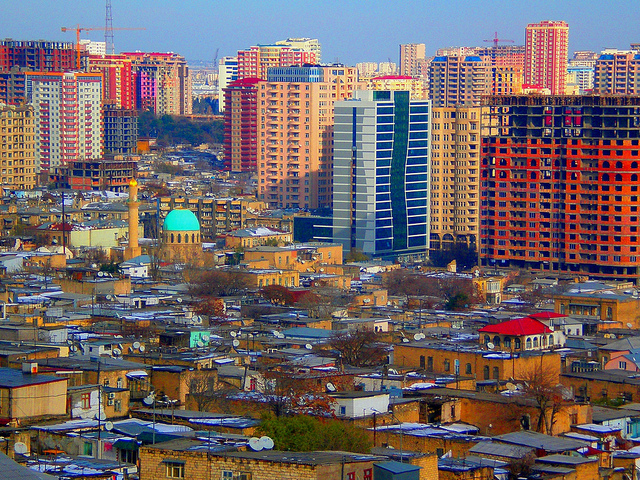 May 28 marked the 100th anniversary of the Azerbaijan Democratic Republic (ADR). With its independence in 1918, the country was poised for great progress, which included female suffrage and its democratic government.

While Azerbaijan may not frequently be the focus of attention in the media, often the media misrepresents Azerbaijan by strictly focusing on its human rights record. In addition to discrimination of the Talysh and Armenian ethnic minorities, Azerbaijan has been known for suppressing the media and persecuting journalists and bloggers.

Yet, this depiction of Azerbaijan as a country with a poor track record for allowing free speech and media access is not unwarranted. With news outlets, including The Guardian as well as human rights advocacy groups, are barred from entering the country, the current Azerbaijani regime is made ripe for international criticism. The groups and people targeted—namely journalists and human rights activists—are the very people who report the country’s reputation.

Thus, beneath the excitement of the 100th anniversary, people, including Rep. Chris Smith, have been keen to remind the world of Azerbaijan’s tricky situation. In an article for The Hill, Smith called the Azerbaijani president, Ilham Aliyev, a “dictator” and argues that its citizens are not members of a free society. Smith specifically points to Aliyev’s lengthy tenure as president, from 2003 to 2025, and cited concerns with the lack of power in Azerbaijan’s other governmental institutions.

Poverty in a Wealthy Nation

Serving to reinforce the already abundant human rights issues and an overly powerful president, the country, while wealthy from its oil reserves, is mired by issues with corruption and poverty. Thus, Azerbaijan occupies the public’s consciousness in almost contradictory extremes – it’s a country of wealth, yet one with the majority of its population living in poverty.

The depiction of Azerbaijan as a hub of human rights violations, and as a place oscillating between extreme poverty and excess, does, perhaps, ignore the movement to the future. This is how the media misrepresents Azerbaijan—it focuses on Azerbaijan’s economic and political issues, without addressing the hope and shifting dynamics within the country.

The rhetoric of Azerbaijan surrounding the 100th anniversary is decidedly not pessimistic. Looking backward one century provides the chance to look forward as well as to move in the direction of that early progress that defined the country in 1918. A statement from the Azerbaijani Ministry of Foreign Affairs expresses an intent and desire to bring “into the reality the aspirations and ideals” of the ADR.

With trade between Azerbaijan and other European markets increasing over the last few years, the progressive aims expressed on the 100th anniversary may soon be on the horizon and may, one day, be a reality. And, with the European Union and the UN Development Programme’s (UNDP’s) continued support of education, through the EU’s “Modernising Vocational Education and Training (VET) Centres in Azerbaijan” plan, an emphasis is placed on transitioning Azerbaijan into a knowledge-based economy, thus pushing the country further into the future.

Of course one must not forget—surrounding the 100th anniversary of the ADR—writers, like the aforementioned Rep. Smith, have noted that expressing the optimism and excitement surrounding the country is, itself, how the media misrepresents Azerbaijan. A full view of the country, therefore, takes into account both the hope for the future as well as the current skepticism.

It might be the case that Azerbaijan actually isn’t misrepresented in the media, at least not now. The country does have human rights violations, its citizens do suffer from poverty and questions surrounding the efficacy of the government should be raised. Yet, with the shifting conditions in the country, this representation may be how the media misrepresents Azerbaijan in the future.