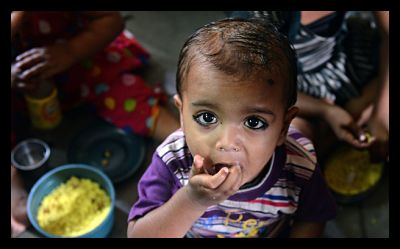 As the world’s eyes turn to the ongoing struggle and possible ceasefire in Ukraine, another simmering conflict in Russia’s backyard seems to be flaring up. The long contested Nagorno-Karabakh region, which lies in Azerbaijan but which is a self-declared independent nation and comprised of ethnic Armenians, has seen an increase in violence in 2014 and 2015.

The region devolved into a bloody war immediately preceding the fall of the Soviet Union that killed almost 30,000 people and displaced millions more. A ceasefire brokered by the Russians in 1994 left Karabakh and surrounding territories in the hands of Armenians but legally enveloped by Azerbaijan, which lost 14 percent of its territory in the deal.

Since the collapse of the Soviet Union in 1991, Azerbaijan has made great strides in socio-economic indicators including hunger, malnourishment, poverty, GDP per capita and the under-five mortality rate. While improvements can still be made, the country is squarely in the Upper-Middle Income country group and has met or is on its way to meeting all of its Millennium Development Goals, or MDGs. Without diversification, however, the economy, which has seen a lot of growth since the early 2000s, may become unstable and create additional social problems.

In its relative state of peace since the turn of the century, Azerbaijan’s poverty rate has dropped from 46.7 percent in 2002 to 8.4 percent in 2011. The economy grew as people felt safe to invest in the country. Hunger very nearly has disappeared from most regions and other indicators are well on their way to the same status. But a rise in violence around the Nagorno-Karabakh region could reverse this progress.

Azerbaijan, claiming a double standard in the West’s handling of Crimea in Ukraine compared to the Nagorno-Karabakh region, has increased its annual defense budget from $177 million in 2003 to $3.4 billion in 2013. It has purchased weapons from Israel, Turkey and Russia. Extra dollars mean not only a militarization in conflict areas, but also an economic focus shift from development to power.

The increased militarization of the Nagorno-Karabakh region and the Armenian-Azerbaijani border, coupled with a penchant for violence on both sides, creates “the risk of a war by accident” according to the director of the Regional Studies Center, Richard Giragosian. War in the region could prove to be just as disastrous as last time, forcing millions to flee their homes without promise of return and killing thousands more.

The humanitarian crisis created by war between the two countries could be devastating. Rampant hunger, poverty, displacement and violence among neighboring ethnic groups could reverse the progress made by Azerbaijan in the last two decades. While the threat of open war is relatively low, any increase in violence stokes tensions anew, pushing the region further from peace.