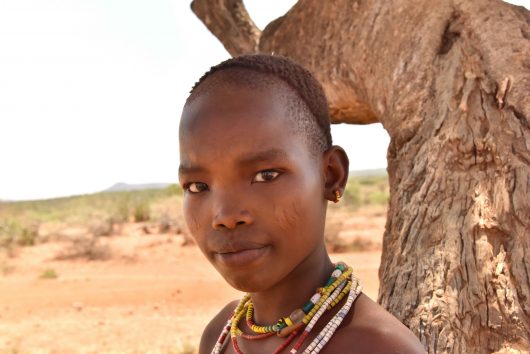 Angus Deaton won the 2015 Nobel Prize in Economics for his research on the effects of foreign aid on economic development in developing countries. The most important message to be taken from his work is that foreign aid is only one small piece of the equation. To say that foreign aid directly translates into economic growth is an oversimplification. Without transparent and effective governmental institutions and sound economic policies, research shows that aid is not always effective.

Foreign aid works when all of these different variables come together. It’s a simple equation. It has become popular sentiment to denounce aid as ineffective, based on specific case studies where all of these variables were not in place and results fell short of their targets. While not all aid is effective, this rhetoric flies in the face of all of the progress that has been made because of aid. The truth is that foreign aid works when all of the variables — effective institutions, policies, and transparency — are in place.

Aid has been especially effective in improving health in Least Developed Countries (LDCs). Malaria rates dropped by 51 percent between 2000 and 2012 after 300 million bed nets were given out by the World Health Organization (WHO). Ten million HIV-infected individuals are now receiving life-saving medicine. Tuberculosis rates have dropped by 45 percent since 1990, and 122 million children’s lives have been saved since 1990. This progress is largely due to the work of the Global Alliance for Vaccines and Immunization (GAVI), which has immunized 580 million children around the world. Extreme poverty has been cut in half since 1990, and African poverty rates have dropped by 10 percent since 1999.

These are huge success stories that deserve recognition. Foreign aid works. Not only does it work, but it is also in the interest of U.S. national security. Former Homeland Security secretary Tom Ridge said, “The programs supported by the International Affairs Budget are as essential to our national security as defense programs. Development and diplomacy protect our nation by addressing the root causes of terrorism and conflict.”

The questions asked in U.S. policymaking circles today shouldn’t be whether to cut aid or not; the question that needs to be asked is how to increase the efficacy of aid and to grow upon our successes. Cutting the International Affairs Budget would discredit all of the hard work and successes that have come out of these operations in recent decades.