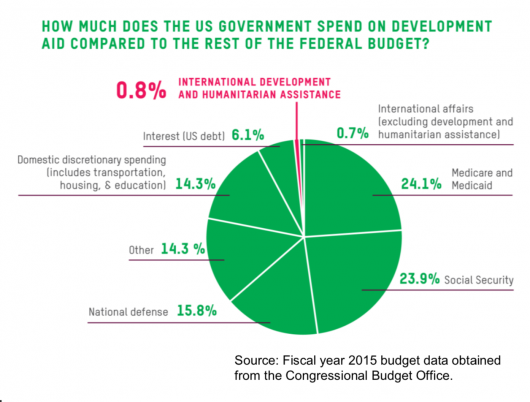 The Trump Administration recently released its federal budget proposal for Fiscal Year 2018 (FY18), proposing deep cuts for the International Affairs Budget. The proposal includes plans to cut State Department and USAID funding by 31 percent and the Treasury International Programs budget by 35 percent. The proposed $37.6 billion total budget cut for the State Department and USAID starkly contrasts the $54 billion increase proposed for the Department of Defense.

The International Affairs Budget is a tiny component of the overall federal budget, but its impact in myriad areas is enormous. American jobs, economic growth, national security, and global health are just a few areas that will be affected if the proposed cuts by the Trump Administration are implemented.