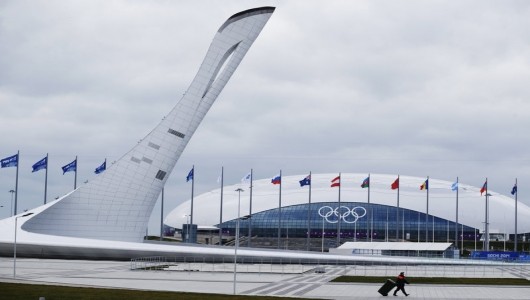 The purported benefits of hosting mega-events such as the Olympics have been increasingly criticized by economists and journalists, and questions are being raised. Are the host nations for the Olympics or similar events making a good investment? Could the money be better leveraged to help the poor via other means? What makes hosting mega-events beneficial or not?

The huge investment and sunk costs put into hosting the Olympics are not always returning the same value. The stadiums built for the events are often left unused and in a state of decay within only a few years of the events. With little demand for such a large amount of new sports infrastructure, the huge construction costs rarely pay for themselves in the long run.

On the other hand, there is such a thing as the “Olympic Effect”—trade openness and overall transactions tend to increase for the host country following the Olympics. Prestige and attention is also granted to the host country, as the Olympics are a chance to showcase the host’s best qualities and cultural attractions. This is important—but is it worth the cost? Many would say it probably is not.

The Sochi Winter Games cost Russia $50 billion, the highest costs of all time for an Olympics Game. The national economy benefited negligibly from the Games but the regional effect may have indeed had some positive impact. Because of the expected increase in tourism and guests in the region, infrastructure of all kinds had to be upgraded to be able to accommodate the flash flood of spectators and athletes. This could mean a long-lasting positive impact on certain regions of the country, even if the new infrastructure is underused afterwards.

The more recent Olympic Games have been held in emerging economies such as Russia and China, with Brazil upcoming. This trend away from more developed nations such as the United States and European countries is important to recognize. Government spending is particularly important for these developing nations. Investing wisely is the name of the game for economic development, and the Olympics net return on investment is questionable at best. This is not a good sign for these countries. For example, Brazil built massive stadiums in small cities for the World Cup that had no use for them past the mega-events for which they would be used. The government even cleared out favelas (slums) in order to build new infrastructure and gentrify city outskirts. It begs the question, is it possible that Brazil should be using the billions of dollars to help those in the favelas and others like them, rather than build massive stadiums? These are the questions that emerging economies must consider carefully when they make the investment that most economists consider an economic net loss.

Norway recently withdrew its bid for the 2022 Winter Games due to concerns that the cost would be too large and a lack of public support. The lack of evidence that the Olympics produce the economic benefits advertised is a message that must be heeded. The hidden costs of hosting mega-events such as the Olympics and the World Cup are especially prominent to a developing economy like Brazil. First, they might end up losing money and, secondly, that money could have been leveraged to a much greater degree. Just imagine if instead of hosting the Sochi Games, Russia had the same enthusiasm for spending $50 billion—but on social and job-training programs designed to reduce poverty within their own borders. These are the hidden costs of hosting mega-events.