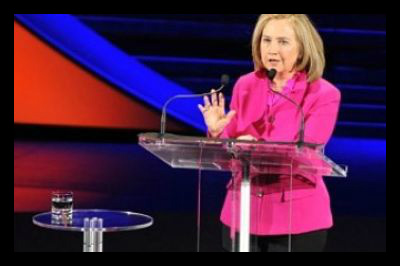 In 1995, Hillary Clinton took the stage at the fourth annual United Nations Conference on Women in Beijing. She listed the atrocities and violations committed against women and girls around the world.

Although women comprise half of the human population, they are 70 percent of the world’s poor and two-thirds of women are illiterate. Women in the informal labor economy remain unprotected and at risk of exploitation. Girls around the world are at risk of sexual violence, rape, domestic abuse and child marriage.

Almost 20 years later, Clinton’s speech is still remembered for being a firm declaration of women’s rights on the international stage. Not only was it a message for the Chinese government, but a call to countries around the world to promote women’s rights as human rights.

As a United States Secretary of State, Hillary Clinton continued to promote women’s rights and empowerment both domestically and internationally. During her four-year tenure, she visited 112 countries, spreading awareness of human rights abuses.

Although there has been much progression in the 21th century, Clinton warns that there is little data to accurately measure the advancement made in women’s rights globally. This foundation seeks to record and analyze the progress of women by collecting data and figures from traditional and digital sources.

This concrete data will show world leaders how advancing women and human rights is linked with economic development. By empowering and including women in its economic and social life, communities and families are enhanced and can reach their full potential.

On February 25, 2014, Clinton spoke at Georgetown University’s annual Hillary Rodham Clinton Awards for Advancing Women in Peace and Security. The former Secretary of State held that men are also responsible for advancing and protecting women’s rights and that it is not purely a women’s issue. Men, boys, women and girls all suffer from violence and discrimination against females.

Hillary Clinton remains a strong and popular potential candidate for the 2016 Democratic Nomination for presidency. As a woman and potential nomination candidate, she is subjected to greater and unequal focus on her physical appearance, her age, and her hairstyles. And although Clinton has proved her strength, wisdom and determination for decades as a Senator, First Lady of the United States and U.S. Secretary of State, she is still affected by sexism and the widespread notion of what women should and should not aspire to be.

Thailand: Child Sex WorkersHungry Planet: What Does the World Eat?
Scroll to top