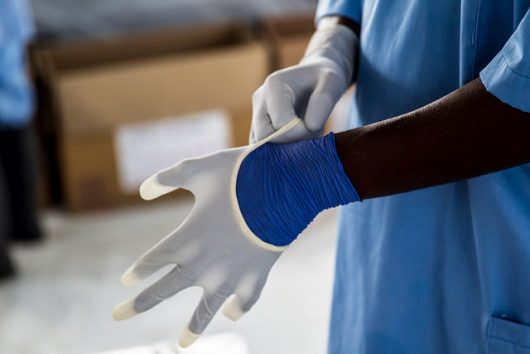 A large portion of the countries currently affected by hepatitis B and C are taking proactive approaches to eliminate the disease in their areas.

According to information from the World Health Organization (WHO), 28 countries representing approximately 70% of the global health burden are establishing hepatitis elimination committees. More than half of these countries have already committed funding for hepatitis responses.

Dr. Tedros Adhanom Ghebreyesus, the WHO Director-General, finds the commitment of these countries encouraging. “Identifying interventions that have a high impact is a key step towards eliminating this devastating disease. Many countries have succeeded in scaling-up the hepatitis B vaccination. Now we need to push harder to increase access to diagnosis and treatment,” Dr. Tedros said in a statement from the WHO.

Hepatitis (which means inflammation of the liver) is caused by toxins, certain drugs, diseases, heavy alcohol use and bacterial and viral infections. The disease is spread when blood or other bodily fluids enter the body of an uninfected person. Symptoms include jaundice (yellowing of the skin and eyes), fatigue, abdominal pain, swelling, chest pain, abdominal swelling, fever, and diarrhea.

The WHO report was released to coincide with World Hepatitis Day and is calling on countries to increase their commitment to end the disease. The current theme of World Hepatitis Day is Eliminate Hepatitis, focusing on increased awareness, diagnosis, universal vaccination and treatment.

Viral hepatitis affected 325 million people worldwide in 2015 and is responsible for 1.34 million deaths. The two main killer strains of hepatitis B and C affected 257 million and 71 million people respectively. WHO data shows that more than 86% of countries that were reviewed have already set national hepatitis elimination targets. More than 70% have begun to develop national hepatitis elimination programs by enabling access to effective prevention, diagnosis, treatment and care services.

Dr. Gottfried Himschall, WHO’s Director of the HIV Department and Global Hepatitis Program acknowledges that awareness of hepatitis is gaining momentum but also states that there are too many people living with hepatitis that don’t know they have the disease or cannot access treatment.

“For hepatitis elimination to become a reality, countries need to accelerate their efforts and increase investments in life-saving care. There is simply no reason why many millions of people still have not been tested for hepatitis and cannot access the treatment for which they are in dire need,” Dr. Himschall said in a statement from the WHO.

The World Hepatitis Summit in Sao Paulo, Brazil, organized jointly by the WHO, the World Hepatitis Alliance (WHA) and the government of Brazil, will bring together key players in hepatitis elimination. The summit will be held Nov. 1-3 and promises to be the largest global event to advance the viral hepatitis agenda.