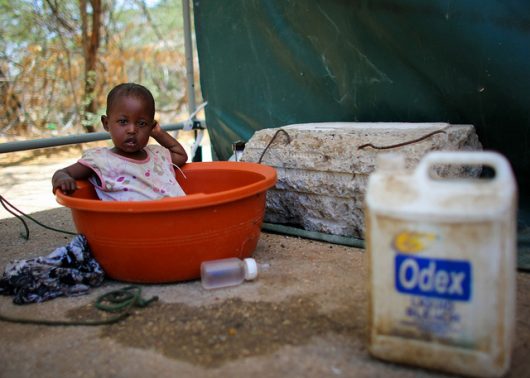 Listed in Forbes 200 Largest and 20 Most Effective U.S. Charities, Project C.U.R.E. started from humble beginnings, when a doctor from Evergreen, Colorado visited a hospital in Rio De Janeiro and saw the tragic consequences patients were facing due to a lack of medical supplies. Just thirty days after returning to the U.S., Dr. James Jackson had collected $250,000 worth of medical supplies in his garage to send back to that hospital. Now, thirty years after its founding, Project C.U.R.E. contributes $43 million annually to charitable services, providing donated medical supplies to ensure that health centers in 130 countries have the means to provide care to patients who are often among the most vulnerable in the world.

A Venezuelan gynecologist explained to the Human Rights Watch that 90% of medical and surgical supplies were lacking at her general hospital. In countries like Venezuela, where sexual education and women’s health are already often overlooked and inaccessible, the black market often controls the distribution of medical supplies and prices are three to four times the U.S. standard.

With $51 million in private support, Project C.U.R.E. has been able to expand across the U.S. and now has distribution warehouses in Colorado, Arizona, Texas, Illinois, Pennsylvania, and Tennessee. With their contributions reaching as much as $38 million in supplies to Nigeria alone, Project C.U.R.E. has gained support not only from individual volunteers and donors across the country but from medical supply companies and other non-profit organizations.

In 2014, the Ebola outbreak led to an outpour of generosity to countries facing the health emergency. In Colorado, Project C.U.R.E. was able to send 240,000 pounds of donated medical supplies to Sierra Leone, with enough examination gloves to weigh a ton on their own. The gloves were donated by Medline, the largest privately held medical supply company in the U.S., which recognized how even the most commonplace supplies in U.S. health facilities were critical and coveted abroad. That year, 30 percent of hospitals in Sierra Leone lacked sterile gloves.

With their recent expansion into the northeast region of the U.S., AmerisourceBergen, a Pennsylvania-based non-profit pharmaceutical sourcing and distributing organization, gave Project C.U.R.E. a $50,000 grant in 2016. AmerisourceBergen (ranking 12th on the Fortune 500 list) was inspired by the 60 regional U.S. health centers and multiple seaports that Project C.U.R.E.’s new Pennsylvania distribution center offered.

Every week, two or three cargo containers full of donated medical supplies leave Project C.U.R.E.’s warehouses. Those medical supplies provide the tools for life-saving surgeries, vaccines, treatments, and childbirths. And with those material means, this organization also provides the intangible but imperative gift of empowerment and hope to countries who need it the most.