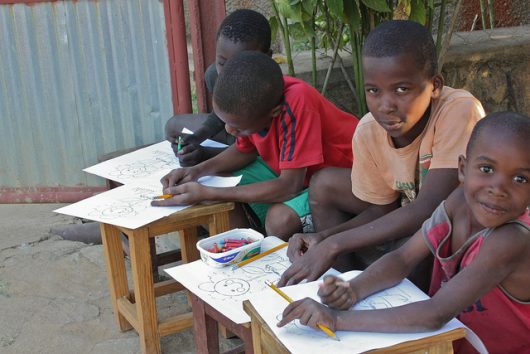 A southeast African nation with a population of approximately 26 million people, Mozambique prides itself on spending 7% of its GDP on education. Although just under half of the girls in the nation claim an ability to read, Mozambique maintains a 58.8% literacy rate. In fact, education in Mozambique plays a critical role in the lives of many children, as the average child is expected to spend approximately 10 years in the school system.

During the 2003-2004 academic school year, the nation abolished school fees, ensuring the provision of direct support to schools and free textbooks. Ultimately, this led to an influx of students, with primary school enrollment rates reaching 97% by 2014.

UNICEF initiatives have had tremendous success in the region. They have not only helped fund 800 schools through the Child Friendly Schools Programme, but they have also provided $150 million to mobilize funding for education in the nation.

Gender considerations have also impacted education in Mozambique. Rather than tolerate gender disparities in schooling, the country has made a significant effort in eliminating the education gap between boys and girls. Based on the gender parity index, which demonstrates how many girls finish school compared to boys, Mozambique has increased its rate from 0.62 in 2002 to 0.88 in 2014. In 2007, 37% of all girls completed primary school. By 2015, that rate had increased to 45%.

Education in Mozambique is structured similarly to systems in other nations in Africa and across the globe. The academic year, beginning in January and ending in October, welcomes students from the age of six to attend school. Primary school lasts seven years, secondary lasts three years and upper secondary lasts two years. At the moment, there are 6.1 million students enrolled in primary and secondary education in the country, with the majority of them being enrolled in primary education.

The incredible number of colleges and universities in Mozambique further benefits its education system. The most well-known university is Eduardo Mondlane University, founded in 1962. The university offers courses in disciplines such as agricultural sciences, biological sciences, humanities, natural sciences, social and applied sciences, engineering, arts and medicine. Other universities include One World University, Universidade Pedagogica and the MUST Institute for Business and Computer Science. Each of these institutions allows individuals studying in the nation to advance their careers, goals and lives through education.

Education in Mozambique is improving. As the nation continues to develop, there can be no denying that its continued emphasis on educational achievement will prove essential for success.