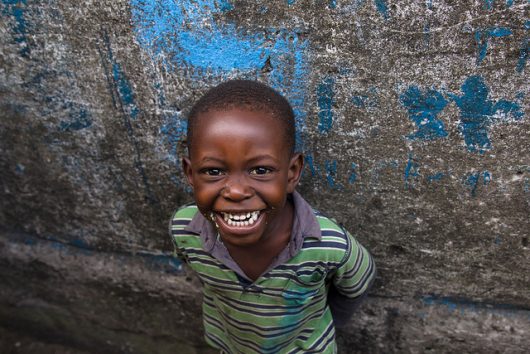 Approximately 64 percent of Liberians live below the poverty line. Liberia is ranked at 182 out of 187 in the human development index. This poverty is caused by lack of sufficient farming methods, little to no access to healthcare and lack of political power. Here are some solutions for how to help people in Liberia.

How to help people in Liberia starts with the food insecurity rate. Chronic malnutrition is high, 41 percent of Liberians are considered food-insecure. Farmers that can barely support their own families are common in Liberia, this has led to more than one-third of the population being malnourished. More effective measures of farming need to be put in place to help people in Liberia.

The country has plentiful rainfall and good soil, yet it is not being used effectively. The government of Liberia has granted large plots of land to multinational companies for rubber, timber and palm oil. This has reduced opportunities for farmers to produce large amounts of food at a rapid pace. Agricultural reform needs to be made in order to fix the measures of farming and the allocation of land.

More than 75 percent of the population has little to no access to referral care services. The health care system in Liberia is heavily dependent on aid from outside resources. USAID funded Rebuilding Basic Health Services (RBHS), and since 2008, RBHS has been working closely with the Liberian Ministry of Health and Social Welfare to rebuild the health system in Liberia.

Training organized groups and volunteers, investing in basic infrastructure, and supporting the prosperity of the health system are crucial. Interventions must be put in place to develop a line of communication with village chiefs, community health committee members and political representatives. A multi-faceted approach is necessary when addressing the health system in Liberia.

Poor conditions Liberia can be traced back to the military coup in 1980. An absence of political stability in any country causes conflict and poor conditions. In Liberia’s case, being unable to change economic conditions through political activism condemns the poor to stay poor. Lack of opportunity alone does not cause poverty, it is also a lack of political power to change the systems and practices that cause impoverishment.

How to help people in Liberia starts with knowledge and action, both being essential factors. Influencing public policy, financial contributions and working directly with the poor are all impactful. Even though Liberia has not had a prosperous history, there are many successful programs that are encouraging future growth for this West African country.

Why Is Benin Poor? The Cost of Living in Angola: Most Expensive Capital City
Scroll to top