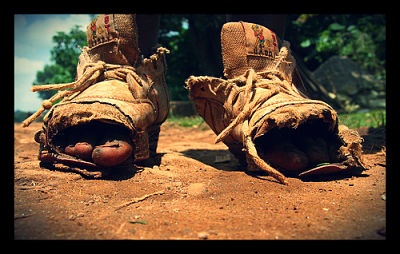 The Comoros consists of four islands located in the Indian Ocean near Madagascar and Mozambique. Affectionately calling their country Masiwa, or “the islands”, the population totals to 1,080,000 citizens. The country, among several other small island states, is considered underdeveloped. Although the country gained independence in 1975, political and institutional crises created sustained instability.

In 2012, the Union of the Comoros, under the leadership of the newest president, Dr. Ikililou Dhoinine, drafted an official Poverty Reduction Strategy, highlighting six distinct goals to reducing their nation’s poverty.

1. Stabilize the economy by building a foundation for strong equity.

The Comorian government has set a priority to repair highly damaged roads including 17 km on Ngazidja, 17 km on Ndzouani, and 6.5 km on Mwali, among other main highway repairs.

Studies on citizenship, prejudice, discrimination, the roles of women and youth in society, the establishment of 16 peace committees, introducing biometrics into the electoral process, and the institutionalization of a national commission to fight corruption.

4. Improve the health of citizens.

According to the recently drafted strategy, 300 households are currently benefiting from implemented sanitation programs, far surpassing the target set in 2011. A sanitary water network has reached 23 km, active in Djando on Mohéli, Domoni, and Sima on Anjouan.

Fighting against avoidable illnesses has also made significant progress. Through obtaining instruments and equipment, support for training programs, and the installation and management of vaccine distribution. Comorians were able to see high percentages of vaccination effectiveness per antigen.

The main objective in education was to improve access to educational institutions per capita. Enrollment in professional and vocational roles reported an increase from 3% in 2010 to 8% in 2011. Although this rate is lower than the projected improvement of 15%, there has been a significant increase in admissions at the University of the Comoros.

Priority zones for biodiversity conservation resulted in the completion of five inventories of flora and fauna, exceeding the 2011 forecast. 1,531 citizens were educated in several areas of agricultural management, complying with government-instated goals for sustainable use of renewable resources.

Although one out of two people in the Comoros is considered poor, the Comorian government is taking active steps to reduce their poverty and improve the lives of their citizens.

What Are Fistulas?Preserving Childhood to Reduce Poverty
Scroll to top