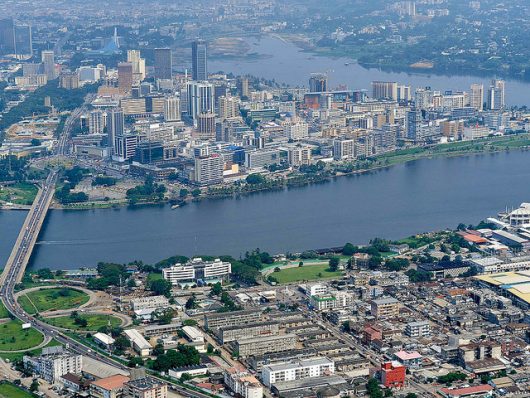 The Côte d’Ivoire, or Ivory Coast, region of Africa is mainly known for being one of the world’s largest cocoa producers. The population of Côte d’Ivoire is roughly 22.7 million people, with the majority of those living below the poverty line. Recently, food security in Côte d’Ivoire and other countries in Africa has been worsened by conflict, violence and increasing poverty throughout the continent.

Since July 2016, there has been a rise in conflict in 17 countries in the world, including the Côte d’Ivoire region. In a statement from the World Food Programme executive director Ertharin Cousin and the U.N. Food and Agriculture Organization Director-General José Graziano da Silva, they classify violence and conflict as one of the leading causes of famine within Africa. The issue of conflict and violence in places like Africa increases the risk of famine, as it “undermines food security in multiple ways: destroying crops, livestock and agricultural infrastructure, disrupting markets, causing displacement, creating fear and uncertainty over fulfilling future needs, damaging human capital and contributing to the spread of disease among others.”

Liberian President Ellen Johnson-Sirleaf called for action at the African Revolution Forum, stating that while Africa missed the first Green Revolution, they must now “seize the moment and tackle food urgency” and food security in Côte d’Ivoire and other African countries. Since the rise of famine in Africa, Cote d’Ivoire has made great progress in the Green Revolution, yet they still have a long road ahead of them. Transforming the agriculture of conflicted areas and improving food security in Côte d’Ivoire and other countries in Africa can also be achieved with The Feed Africa Strategy, which will “create wealth, improve ties and secure the environment.”

Along with the Green Revolution working toward alleviating poverty and aiding food security in Côte d’Ivoire and other countries in Africa, the U.N. states that “addressing hunger can be a meaningful contribution to peacebuilding” and can be achieved with the 2030 Agenda, as it is a “vital threshold condition for development.” Other organizations like Action Against Hunger are addressing food security in Côte d’Ivoire by providing people with nutritional support, access to safe water and sanitation and the means for economic self-sufficiency. The Borgen Project is helping by advocating for support of the International Affairs Budget and the Economic Growth and Development Act directly to Congress.