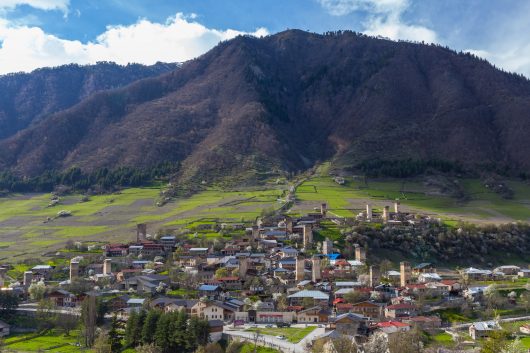 Georgia, a former Soviet state, has dealt with a massive civil war, corruption, poverty and strife since the fall of the USSR. A struggling economy has been hindered by conflict in the region, and Georgia has had to move from a model that favored international assistance to an increase in social spending, which led to an increase in the bottom 40 percent of income but not much else. The big issue in Georgia is poverty, which is driving citizens towards cities and away from the countryside, leaving those in rural areas without resources.

Social Assistance and Rural Strife
One organization, Czech Republic’s People in Need, has recognized the struggles that rural citizens face. It has extended its developmental support to rural people and internally displaced persons within Georgia that do not benefit from state-run social programs. In addition to developmental support, People in Need has helped bring immediate humanitarian assistance to the area and launched programs that aim to develop regions such as the Samegrelo region after their need for humanitarian assistance has waned. This includes promoting positive relationships between law enforcement authorities and the citizens, and civic initiatives that help youths learn life skills and get job training.

The United Nations Development Program stated “The unemployment rate in Georgia is 12 percent, while 68 percent of the population regard themselves as unemployed.” Many of the people in question come from rural areas, which have a declining job market as people move to city hubs. In order to improve the circumstances of these people, an effort needs to be made to develop accessible sectors such as agriculture. While farming cannot create an overwhelming expanse of new jobs, it would be enough to bring hope to an area that is in need. In order to get enough support to develop the agricultural industry, the government needs to step in, but Georgia struggles with high levels of corruption and an inefficient bureaucracy.

Government Reform
Another way to help Georgia is to rid it of the corruption that permeates the Georgian government. Georgia currently ranks highest in corruption in eastern Europe, and while it has taken steps to decrease this level of corruption by requiring greater transparency in elections and higher standards for publishing information, there is much that can be done to make the government run more smoothly. Some of these options include creating an efficient anti-corruption body, legal systems that are designed to prevent conflicts of interest, an independent investigatory mechanism and regulatory institutions.

Corruption has become such a widespread problem in Georgia that bribing public officials in order to make the government run more smoothly is just a fact of life for Georgian citizens. This makes it harder to develop industry, since the citizens who need new jobs may not be able to afford to bribe the public officials that can help with development and job creation in a timely manner. Bureaucracy, in this case, is too slow for citizens to get the help they need to create a better economic environment and help Georgia succeed in the region and world market.

Ultimately, the key to helping Georgia is putting efforts into eradicating corruption in the government and establishing a job market in the rural areas that hold the highest unemployment rates. While a history of corruption will be difficult to overcome, with time Georgia can rise to become a power player in its region and provide for its citizens.

How to Help People in LatviaHow to Help Suriname: Development and Industry
Scroll to top