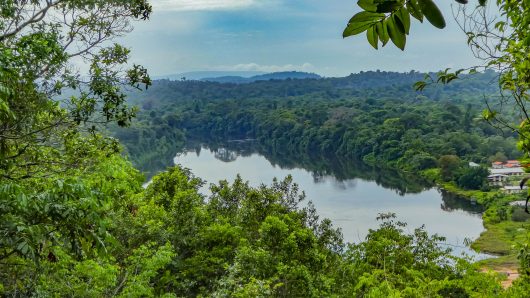 Suriname, the smallest country in Latin America, has had one of the strongest economies in the Caribbean in the last ten years. However, although the economy continued to grow until 2015, the nation has since been hit with a devastating recession. Why? Suriname’s economy has been built on a few key exports (gold, oil, bauxite and alumina) that may be plentiful, but are also unable to withstand shocks to the global system. In other words, if the price of these few items drops, then the economy struggles to withstand the pressure and goes into a recession. Although this seems like a huge problem, and it has been over the last few years, Suriname does have steps it can take to ensure that the economy can better withstand fluctuations in the international market. The first step: taking the economy out of the government’s hands.

Privatizing Industry and Changing Location
Over half of all workers in Suriname are employed by the government, which controls the majority of the industries, from gold mines to oil refineries. In order to diversify the economy and help Suriname, the government must take a step back and allow for privatization. Private industries are more competitive, which usually increases the workers’ salaries and allows for a competitive market, strengthening the economy and making it less prone to shocks. In the wake of the 2009 recession in the United States, private industries were relied upon to bolster the economy and lead it back to pre-recession levels. The recession in Suriname requires the same kind of private industry investment to revitalize the economy.

Another way to help Suriname is to move key industries to safer, less disaster-prone areas. Hurricane Irma hit the Caribbean hard, proving harmful to an industry that is already vulnerable to flooding. Due to these flood risks, if Suriname does not endeavor to diversify industry, they should at least try to create new mines in higher elevation areas less prone to flooding. Gold mining is one of the major industries that the government is constantly expanding, and considering how valuable even a small amount of gold can be, this industry should be protected.

International Cooperation and Investment
Additionally, the government of Suriname has identified Foreign Direct Investment (FDI) as a way to grow their economy and develop. FDI would provide investment that bolsters several industry sectors, primarily crude oil and mining. One such investment includes $1 billion from the United States that is invested annually. However, the Suriname government worries that this investment agreement will not be honored due to a decline in world market prices for gold. Therefore, the government has examined other options, including increasing investment in oil refining and ethanol production. However, once again, this is a state-owned industry, which means it is more vulnerable to market fluctuations.

Other options as to how to help Suriname on the international front are through support from the international organization ALBA, in which Suriname takes part. ALBA (Bolivarian Alliance for the Peoples of Our Americas) has limited resources, and one of its key members, Venezuela, is on the brink of being a failed state, but it does provide a way to link Central American and Caribbean nations in trade. Ultimately, if ALBA were to gain more support and investment from other trade organizations and Suriname privatizes some of their vulnerable industries, the path of how to help Suriname is relatively straightforward and hopeful.

How to Help Georgia: Social Assistance and CorruptionNew UN Plan for Peace in Libya
Scroll to top