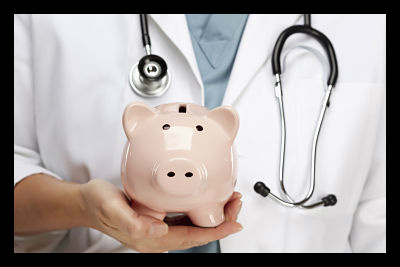 One of the reasons health care in developing nations is ineffective is that governments heavily tax medicines and other health care related products. While the combination of health care and taxation in developing countries is a good revenue generator for the government, it imposes a heavy burden on those who cannot afford to carry it. Those with low incomes and who mostly need these medicines find themselves castigated by high prices that result from government tariffs and taxes.

Developing nations tend to import many, if not all, of the medicines prescribed. In addition, patients usually are the ones paying the full amount for medical services due to the unavailability of health care in their countries. For instance, the average Indian pays for about 70 percent of health care services. After taxes and tariffs, the price of medicines can go up two-thirds, making even generic drugs unaffordable to the lower class.

This story repeats itself in other emerging markets. Countries like Argentina, Russia and Brazil impose tariffs of 10 percent on medicines. Other developing nations like Algeria and Rwanda impose tariffs of 15 percent, and in places like the Republic of Djibouti tariffs can even go up to 26 percent.

In the case of medicine, tariffs are only one part of the problem. Many countries also impose heavy taxes on top of tariffs. For instance, Brazil imposes a 28 percent tax on prescribed medicines, while India levies a variety of taxes that increase the value of medicine by about 8 percent on top of the states’ taxes, which can range from five to 16 percent.

Besides the fact that they place the heaviest economic burden on the poorest sectors of the population — which also tend to have the highest levels of health problems — these tariffs and taxes are economically counterproductive. According to Rod Hunter, senior vice president at the Pharmaceutical Research and Manufacturers of America, higher prices on medicines limit people’s use of them. Illnesses go on unabated, in time leading to less productivity and a lower national GDP.

The effects of reducing or eliminating tariffs and taxes on medicines have been dramatic in places like Kenya, Colombia, Colombia, Ethiopia, Malaysia, Nicaragua, Pakistan, Tanzania and Uganda. For instance, after the Kenyan government removed tariffs and taxes on anti-malaria medicine, infant mortality and disease rates between 2005 and 2009 declined by almost 44 percent.

The initiative shown by these countries has resonated across the globe. Many African nations in 2011 pledged to lower tariffs and taxes on medicines. However, so far only a handful of nations have followed through.

It is in the best interest of countries like India and China to lower tariffs, especially considering India is the biggest exporter of finished medicines and the China produces 70-80 percent of the active ingredients contained in medicines.

The upcoming 2015 BRICS summit could be a good place to raise this issue again. These large stakeholders and developed nations alike could make it part of the agenda to change the practice of “taxing the sick.” Perhaps they could even form a coalition to press governments worldwide to change these practices and broaden access to health care in many developing nations.

The Effects of Poverty on the Adult Brain Rethinking Humanitarian Aid: Bottom-Up Solutions
Scroll to top