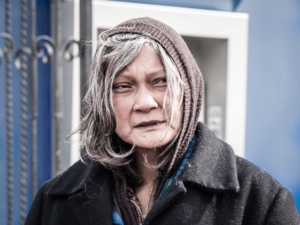 A recent study examined the effects of poverty on the adult brain and how it is influenced by childhood development. Results of the study showed that children from poor families performed more poorly on academic tests later in life. Furthermore, the study found that children who dealt with stress inducing factors, such as poor housing, in addition to poverty performed the worst of all tested subjects.

What does this mean for the future of children that are presently living in extreme poverty? With more than 1 billion children worldwide who lack one or more essential needs critical to survival and development, this can present even more problems in the future.

With more than 300 million children worldwide chronically hungry and 90 percent suffering from long-term malnourishment, these stressors can have lasting effects on their intellectual performance, and subsequently their financial stability, as adults.

For every additional year of primary school in developing countries, a girl’s wages are raised by 10 to 20 percent. This shows a direct correlation between education and income.

Children from poorer households are three times more likely to not attend school than those from wealthy homes. The largest population of non-attending school aged children is in sub-Saharan Africa, where 45.5 million children do not attend primary school. Much of this is caused by poverty, as many parents and families cannot afford required school fees and supplies to send their children to school.

Extreme poverty certainly involves several stress inducing factors besides lack of money, and these issues compound the problem of intellectual performance further. According to Professor K. Luan Phan, the author of the study, “the stress-burden of growing up poor may be an underlying mechanism that accounts for the relationship between poverty as a child and how well your brain works as an adult.”

By this same logic, helping these children out of extreme poverty today will lead to more intellectual men and women of tomorrow – men and women who will have the education needed to help other children escape poverty.