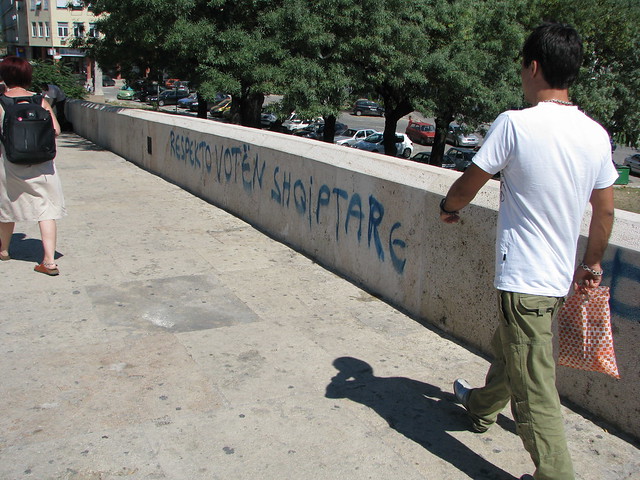 When it declared its independence in 2008, Kosovo became the second youngest country in the world. This nation of almost 1.9 million saw intense conflict in the decades leading up to its separation from Serbia and did not emerge unscathed. The state of Kosovo’s healthcare system bears the marks of war. From shortages of medical equipment to prohibitively expensive services, many aspects of Kosovo’s public health infrastructure need improvement. However, to best understand the unique challenges and opportunities facing healthcare in Kosovo, one must first have some understanding of its history.

Until 1989, Kosovo was an autonomous region within Serbia, which was itself one of six republics comprising the former Yugoslavia. In March 1989, however, the Serbian government revoked Kosovo’s autonomous status. This action stirred significant social and political tension within the region; nearly a decade later, this tension would escalate to armed conflict.

Kosovo’s healthcare system was one of the first sites of friction between the Serbian government and Kosovo’s Albanian population. Starting in the early 1990s, more than 60% of Albanian health workers left their jobs for reasons including employers firing them outright or forcing them to bear discriminatory policies, like the health sector’s newly imposed Serbian language requirement. Meanwhile, the Serbian government also closed Kosovo’s only medical school. This closure interrupted the training of many medical students, leaving a generation of Albanian healthcare workers in the country with uneven medical credentials and large gaps in their education.

The spring of 1998 saw the outbreak of armed conflict between the Kosovo Liberation Army (KLA) and Serbian forces. By the war’s conclusion in June 1999, almost 90% of all clinics and hospitals had suffered damage. Meanwhile, the war destroyed nearly 100% of private clinics belonging to Albanian doctors. The post-conflict reconstruction efforts eventually led to the system that makes up healthcare in Kosovo today.

International donors, who favored the implementation of a primary healthcare model, significantly influenced the recovery efforts following the war. In this model, there are three levels of care: primary, secondary and tertiary.

Primary care is to act as a gatekeeper to more specialized services, reducing reliance on secondary and tertiary institutions for routine healthcare. Researchers and Kosovar officials alike agree that it has largely been failing in this regard, primarily due to a failure to shift behavioral patterns and attitudes. Many patients prefer to seek out specialized care directly, and attempts to change this inclination are ongoing. In Kosovo, people can access primary care services at Family Medicine Centers (FMC), with one in each of the country’s 38 municipalities. Each FMC has, at minimum, two nurses and one doctor per 2,000 people in the area that the center serves.

Secondary care is accessible at any of seven regional hospitals; tertiary care is available only at the Kosovo University Hospital in the capital city of Pristina, Kosovo. While the Ministry of Health oversees secondary and tertiary services, primary care services are under municipal management.

Alongside public health institutions in Kosovo are numerous private clinics and hospitals, offering a range of services from general to specialized. Despite being more expensive than public healthcare, private health centers remain a popular choice for those seeking medical treatment in Kosovo. Those who can afford to do so cite better quality care and more streamlined services as their primary reasons for going to private over public hospitals and clinics.

In regard to healthcare employees, many workers choose to supplement their income from the public sector by also working in the private sector. This obvious, yet relatively common, conflict of interest can impact everything from the availability of certain types of medical equipment to the level of education provided to patients regarding their medical options. While there are some laws in place which seek to limit practices like referring patients from the public to private institutions, Kosovo’s healthcare system is in need of work to address corruption.

According to the Act on Health, which Kosovo’s government passed into law in 2004, public health insurance is a human right. In 2014, the government passed the Law on Health Insurance in an effort to create a legal foundation from which a public health insurance program could emerge. As of 2019, however, the Health Insurance Fund detailed in this law had not become a reality, nor has it been thus far in 2020.

A lack of the necessary infrastructure is a barrier to the implementation of public health insurance, as well as a high unemployment rate. This is relevant as a premium from Kosovar incomes would fund the Health Insurance Fund almost entirely. In 2016, about 6% of Kosovars had purchased private health insurance. This leaves a significant majority of the country’s population without any health insurance to help alleviate the cost of services; with over 20% of Kosovo living in poverty, healthcare remains prohibitively expensive for many.

Air pollution in Kosovo rivals places like Mumbai, India and Beijing, as well as the severe respiratory and cardiovascular effects that necessarily accompany such pollution. Additionally, persistently high rates of tuberculosis are current public health challenges in Kosovo. Limited monitoring and reporting on health-related statistics in the country make it difficult to ascertain recent progress in fighting these and other diseases. In 2019, the European Union invested €80 million in projects intended to improve the infrastructure contributing to Kosovo’s hazardous air quality.

At present, Kosovo is the third poorest country in Europe in terms of GDP per capita, despite its income per person more than tripling over the past 19 years. The country has one of the youngest populations in Europe with a median age of 28 and one of the highest rates of youth unemployment at 55.3%.

Life expectancy in 2018 was 72.2 years, almost three years higher than a decade earlier. From 2000 to 2016, Kosovo’s infant mortality rate decreased from 29 deaths per 1,000 births to 11. While this still is higher than the European average of 4.1 deaths per 1,000 births, Kosovo has made significant progress in lowering the mortality rate of its newborns and infants.

Although Kosovo clearly still has a great deal of work to do in terms of bettering both its healthcare system and the living standards of its citizens, this country has demonstrated its extraordinary capacity for improvement repeatedly throughout its history. Kosovo continues to face many challenges in its overall development, not the least of which is the COVID-19 pandemic. The country has already come so far, so improvements in healthcare in Kosovo seem possible in the decades to come.