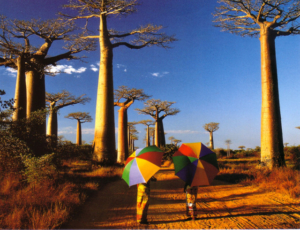 Off the coast of Mozambique, 80 percent of Madagascar’s population lives in extreme poverty. In these conditions, malnutrition thrives, increasing the population’s susceptibility to diseases that are no longer fatal elsewhere, like tuberculosis and diarrhea. USAID estimates that 100 children in Madagascar die daily from common preventable diseases. One NGO, PIVOT, is trying to make a difference in health outcomes in Madagascar.

In 2014, Madagascar boasted the lowest reported per capita health spending in the entire world, $13.56. Even though the 1948 Declaration of Human Rights declared health to be a basic human right, 50 percent of children suffer from chronic malnutrition and one in seven children die before the age of five in Madagascar. Further contributing to poor health outcomes in Madagascar, the country’s national health policy often demands that patients locate drugs and the money to pay for all services before seeking treatment.

Such a policy, with no possibility of delayed payment, often disincentives impoverished people who need care from seeking treatment. Health policies like this, coupled with poor a transportation infrastructure, make delivery and distribution of medical care and supplies very challenging. In rural villages in Madagascar, community health clinics are often a two to 12 hour hike depending upon the village. For those struggling with illness, such a hike is often not an option.

In southeastern Madagascar in the Ifanadiana district, PIVOT “combines accessible and comprehensive health care services with rigorous scientific research to save lives and break cycles of poverty and disease.”After they establish a model health system in this district, they hope to export it to all of Madagascar and eventually resource poor areas all over the world.

Located in a mountainous rain-forested area in the Vatovavy-Fitovinany region of southeastern Madagascar, the Ifanadiana district is home to over 200,000 people. In 2014, Ifanadiana’s mortality rate for children under the age of five was more than double the rate for the rest of the country — coming in at 1,044 per 100,000 live births. PIVOT selected the Ifanadiana, saying, “if we can do it here, we can do it anywhere.”

Partnered with the Madagascar Ministry of Health, Partners in Health, Centre Val Bio and Harvard Medical School, PIVOT began in January 2014 to establish a model health district in Ifanadiana. While many of these partners seem logical, dealing with humans has been a change for Centre Val Bio, formerly a biodiversity research lab who was central to establishing the Ranomafana National Park in Ifanadiana. Madagascar is known for its extreme biodiversity; species live there who live nowhere else in the world.

Targeted at improving health outcomes in Madagascar, PIVOT’s model health district consists of a clinical program within a tiered system of community health centers, regional centers and hospital care. Their clinical programs include Emergency, Patient Accompaniment, Malnutrition, Tuberculosis, Maternal Health and Child Health. Within this clinical structure, PIVOT is pursuing an aggressive data collection program. The health indicators they are focusing on are focusing on Maternal Mortality, Under-Five Mortality, Lifetime Fertility, Composite Coverage Index and the Percentage of People Covered by PIVOT.

Working with the Ministry of Health, PIVOT is helping to implement pilot fee exemption programs. According to their data, only one-third of patients accessed facilities where point-of-service fees were in place; however, with the introduction of fee exemptions the use of healthcare increased by 65 percent for all patients, 52 percent for children and 25 percent for maternity consultations. The fee exemption pilot program cost on average 0.60 USD per patient. Currently, external donor support is essential to the survival of these programs.

Due to a successful democratic election in 2014, international sanctions were lifted which in turn opened the door to increased health spending from national and international sources. PIVOT seems to be making a difference in the Ifanadiana district, and hopefully their revolutionary model health district will spread to the rest of the country reshaping health outcomes in Madagascar as a whole.