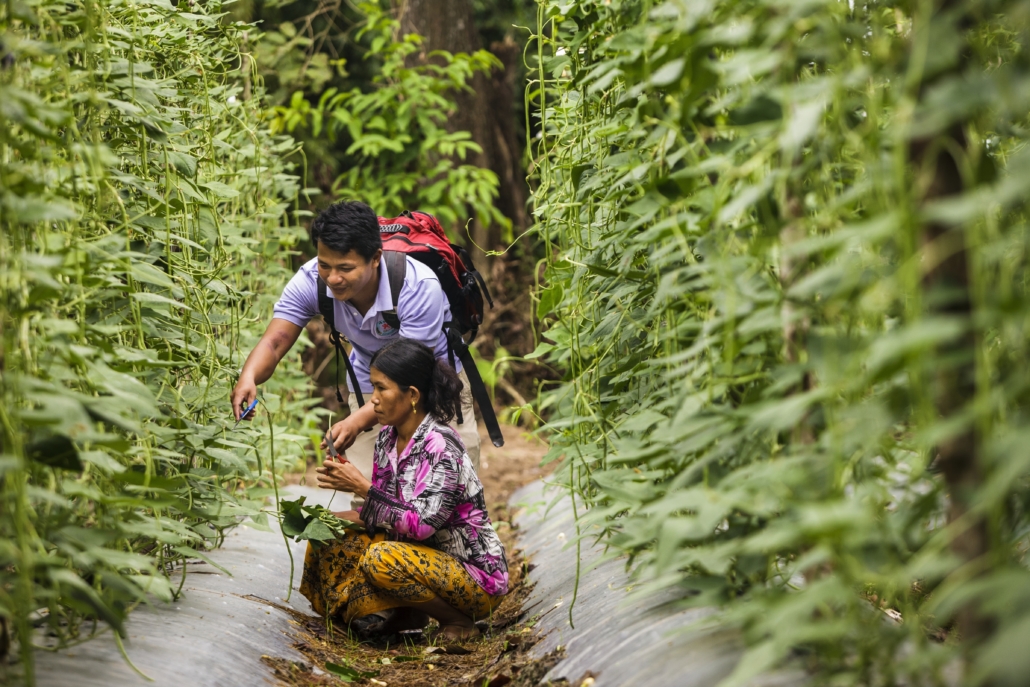 Health and climate issues closely relate as environmental hazards have the ever-increasing potential to inflict damage on human populations. Climate conditions are able to worsen human health in the form of physiological deterioration, such as heart and lung diseases, asthma, mental health illnesses and many more ailments.

Extreme natural disasters such as floods, droughts, hurricanes and wildfires are examples of environmental factors that hurt human health. While these elements can cause health issues like the ones above, indirectly, the correlation between health and climate issues appears in the form of ecological changes and other biological forms. Examples include food security, mental illness, malnutrition, water-borne diseases and/or other infectious diseases. Reducing environmental risks can ultimately reduce these health risks.

In 2017, there were 157 million more “heat wave exposure events” than in 2000, which are extreme weather conditions that drastically increase individuals’ chance of mortal health risks. Extreme heat leads to an increase in hospital admissions and deaths credited to cardiovascular diseases, respiratory disorders, heat stroke and more. Heatwaves also decrease productivity—people lost 153 billion hours of labor from “excessive heat,” primarily in the agricultural industry, in 2017. Productivity loss leads to food insecurity, disruption of livelihoods and poor income distribution for those depending on agriculture for jobs.

As well as productivity decline, extreme weather events can diminish biodiversity and change rainfall trends, which causes crop yields to decline around the world. Insufficient crop yields reduce the amount of “consumable food calories” or the amount of food produced from crop yields for people to eat. This process results in global food insecurity, malnutrition, stunted growth, diseases and death, and while most wealthy countries are able to import food or find other viable crop options, rural areas in poorer countries, where 70% of the world’s most food-insecure live, suffer. Globally, food production lost approximately 35 trillion calories, which could have fed undernourished populations, as a result of fluctuating and unfavorable environmental conditions. Meanwhile, about 70% of weather disasters (droughts, floods, storms and more) are climate-related and FAO specifies that agriculture endures more than 20% of the damages. Of the damages to all industries from droughts in Latin America and the Caribbean between 2006 and 2016, agriculture bore 80% of the damages.

Food insecurity from insufficient crop yields increases the demand for food without a supply, therefore prices rise, which generates a new level of vulnerability for poor populations and forces them to turn to less nutritional food and threatens mass malnutrition. The United Arab Emirates (UAE) possesses a small agricultural industry and imports approximately 86% of its food. Food insecurities from their produce suppliers will “constrain trade flows” to the UAE and pressure individual people and households to spend a greater proportion of their income on food.

Infectious diseases, such as malaria and cholera, and waterborne diseases spread faster in warmer climates leading to illnesses becoming more prevalent in regions where they were previously not a threat. As the frequency of droughts increases, humans become dependent on contaminated water sources that are more likely to have waterborne viruses that infect populations.

Malaria is an example of a disease that can spread based on environmental factors. As the temperature of the earth rises, malaria becomes more prevalent and the death rate increases because warmer than usual conditions enable the disease to spread to new, previously immune regions, such as East Africa.

Because the threat level of food and waterborne diseases is dependent on climate conditions, governments must prepare surveillance and preventative measures within their health systems.

The increased frequency of wildfires that put human health at risk is another example of how health and climate intertwine. Wildfires produce smoke that leaves behind carbon monoxide and fine particulate matter in the air which dramatically reduces the air quality. The World Health Organization (WHO) and CDC credit smoke exposure and poor air quality as the causes of “hundreds of thousands of deaths annually” from cardiovascular and respiratory diseases, lung cancer, asthma and chronic obstructive pulmonary disease and strokes.

Additionally, poor air quality from unclean cooking, heating and lighting practices—using indoor stoves and burning kerosene, wood, animal dung or vegetables—kills 4 million annually and causes 93% of children around the world to suffer from respiratory infections, according to WHO. Air pollution impacts the population generationally, as those that suffer from exposure to polluted air are later more likely to give birth to premature children with increased susceptibility to diminished cognitive ability, asthma, cardiovascular diseases and cancer. In 2016, 1,432 individuals died as a result of air pollution in the United Arab Emirates.

Poverty undoubtedly plays a significant role in health. Factors such as geographic location, socioeconomic status, age, access to health care, the resiliency of health care infrastructure and type of ecological threat have the potential to drastically amplify the level of health risk to populations. A perfect example of the role of wealth regarding health is how 98% of “low- and middle income countries with more than 100,000 inhabitants” worldwide fail to reach air quality standards that WHO has presented. Comparatively, the number of high-income countries with inadequate air quality levels is 56%. The good news is that many of these environmental problems are reversible: just as environmental issues can cause health problems, solving environmental issues can improve global health.

The East African Development Fund (EADB) is an example of an economic institution that recognizes the threat of environmental issues on socio-economic development and overall health. The EADB has identified the necessity of addressing health and climate threats through the process of development in developing countries and regions. By supporting various initiatives and technologies, the EADB helps those facing environmental obstacles such as droughts, changes in rainfall and diminished crop yields.

The Global Environment Facility (GEF) is an organization that finances projects that address environmental issues. The GEF has provided $20.5 billion in grants and $112 billion to finance environmentally regenerative projects in 170 countries. GEF prioritizes a multifaceted approach and deliberate engagements with the “private sector, indigenous peoples, and civil society” to establish a variety of strategies and results.

Many more organizations like these exist, such as the Least Developed Countries Fund (LDCF), International Union for Conservation of Nature (IUCN), Organization for Economic Co-Operation and Development (OECD) and the Latin American Energy Organization (OLADE). These environmental organizations support national strategies to mitigate the economic and health repercussions of the environment and encourages each nation to do its part in addressing environmental challenges.

Every four years, WHO curates profiles for countries to identify climate risks, correlating health impacts and national responses. In these profiles, WHO connects health and climate issues, as well as categorizes health impacts and solutions that differ between country and region. Across the board, one of the primary recommendations is the implementation of policy and a national strategy for health and climate issues. For example, one of the primary concerns in the United Arab Emirates is air pollution and the respiratory effects, whereas, in the Solomon Islands and Tuvalu in Polynesia, rising sea levels produce the most concern. WHO helps plan and implement “climate-resilient health systems” which improves the health workforce’s ability to better respond to health effects from environmental problems. In Tuvalu and the Solomon Islands, health officials receive training on health services for extreme weather events and “climate sensitive diseases.”

There are innumerable ways that public health and climate issues interconnect—tackling health problems and global environmental problems together is like killing two birds with one stone. As an international organization, WHO is responsible for producing thorough health guidelines and coordinating global health and climate responses. It falls upon each country to determine its role in protecting global health and solutions for environmental challenges they can implement to ensure the safest future.