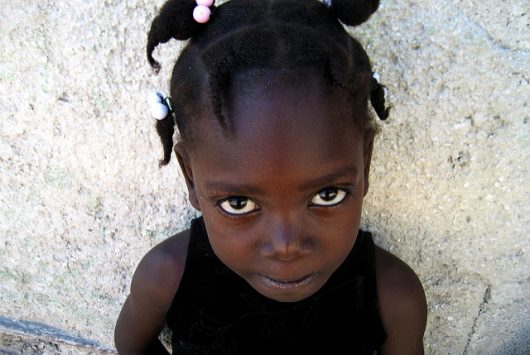 Haiti currently ranks as the poorest country in the Western Hemisphere. With a population of 10 million, almost 60 percent of Haitians live under the national poverty line, which acts as a huge contributor to Haiti’s orphan crisis.

The country’s location on the island of Hispaniola in the Caribbean has also served as a large contributor to the nation’s extreme poverty. Hurricanes regularly blaze through this portion of the Atlantic Ocean, and the subsequent hurricanes that hit Haiti in August and September 2008, Gustav and Ike, killed nearly 800 Haitians and destroyed crops, making Haiti dependent on international relief efforts.

Only a year and a half later, another natural disaster struck the country. The January 2010 earthquake destroyed more infrastructure, ravaging the capital city, Port-au-Prince, and its surroundings, further harming Haiti’s functionality and increasing foreign aid dependence.

The devastating consequences of natural disasters on the country’s resources and economy led to Haiti’s orphan crisis — currently, about 500,000 children are considered orphans. Interestingly, the Haitian government estimates that about 80 percent of these children have at least one living parent.

This confusing discrepancy seems directly linked to the series of natural disasters. For instance, the 2010 earthquake left more than two million Haitians — a fifth of the country’s population — homeless and caused many Haitian parents to believe their children would be better off in orphanages that would at least provide shelter.

Orphanages appear to have the resources to feed, educate and care for children whose parents struggle to combat the effects of natural disasters. This is an idealized view exacerbated by many orphanages who send employees into the community to encourage parents to send their children into the “shelters” for care.

Orphanages perform this reconnaissance as many shelters are not regulated and do not actually adopt children and instead exploit them as laborers. About 300,000 children work as servants in private residences in Haiti, and according to UNICEF, many children are also sold into the sex trade.

The Dominican Republic, which shares the island of Hispaniola with Haiti, has become a major market for Haitian child trafficking, with an estimated 2,000 children sold there each year. This abusiveness and corruption by some orphanages have created Haiti’s orphan crisis.

Trades of Hope, an ethical jewelry company, seeks to treat Haiti’s orphan crisis at its root of poverty, instead of treating the symptoms. Co-founder Gretchen Huijskens already had a nonprofit in Haiti, with an orphanage, school and medical clinic, but while providing safe places for the orphans generated by natural disasters was important to her, Huijskens saw a need to help children by keeping them with family members. Such a goal requires parents being able to afford their children.

At the same time, co-founder Holly Wehde realized the effectiveness of the home-party method for sales, and Trades of Hope was founded in June 2010. These two influential individuals believe sustainable business provides a long-term solution to poverty. Therefore, Trades of Hope provides a platform for local artisans to sell their products.

Trades of Hope finds these artisans through nonprofits and co-ops in Haiti, that they verify through English speaking Americans in Haiti and with a Fair Trade Principles Agreement. Through these means, Trades of Hope helps artisans earn $15 a day, when the minimum wage in Haiti is about $5 a day. By their estimates, this money can provide adequate resources for two and a half children, enabling families to keep their children instead of fueling Haiti’s orphan crisis.

The founders invite American women to partner in creating this sustainable business, through selling products as Compassionate Entrepreneurs and buying their goods through home parties and their website. Trades of Hope also eases the way for American women to make a difference in Haiti.

While assisting in alleviating the orphan crisis by adopting a child costs around $25,000, buying jewelry and other products from Haiti provides a cheaper alternative. One of the more expensive products is still only $80, and consumers receive a chocolate goat leather and cream canvas crossbody bag, called the Chandler Bag.

Even less expensive and more sustainable options exist such as the Revive Necklace, a long silver pendant with pink tassels priced at $33. The steel for the pendant comes from recycled steel oil drums, a source that allows more money to go directly to the artisans instead of materials.

This model of selling beautiful products to American consumers who want to support local artisans and their children has proved extremely lucrative and effective. Trades of Hope claims that 1,183 Haitians have been positively impacted.

The company has expanded to 17 countries since 2010 and has 9,440 full-time employees. This substantial group fosters the environment and provides the solutions to combat Haitian poverty at the root, and thereby reduce corruption and struggle as in Haiti’s orphan crisis.

Efforts to Increase Access to Financial Services in Sub-Saharan AfricaGirls’ education in Sierra Leone: A New Era in Female Empowerment
Scroll to top