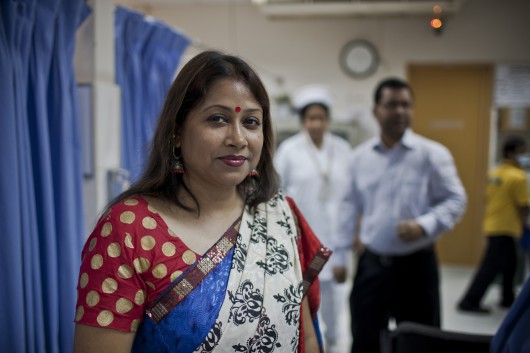 The U.S. along with 30 countries has announced a commitment to achieving the targets of the Global Health Security Agenda (GHSA). Targets include responding to infectious disease threats and preventing epidemics.

The GHSA “seek[s] to accelerate progress toward a world that is safe and secure from infectious disease threats and to promote global health security as an international security priority,” GlobalHealth.gov said.

The Agenda was created in response to epidemic threats, such as ebola and seeks to promote global health and protect citizens around the world from life-threatening diseases.

The commitment includes a five-year country roadmap that will detail practical plans for the GHSA.

“These roadmaps are intended to enable a better understanding across sectors and assistance providers of the specific milestones, next steps, and gaps toward achieving capacity needed to prevent, detect, and respond to biological threats,” the White House said in a press release.

The countries involved seek to collaborate on a global issue that impacts millions of people in developing areas. Infrastructure, equipment and skilled personnel are some of the resources that the GHSA partnership plans to provide.

During this year’s G-7 Summit in Germany, G-7 leaders committed to collectively assisting at least 60 countries, including the countries of West Africa, over the next five years. The G-7 Health Ministers agreed to announce these countries by the end of this year according to the White House.

This collaboration provides a bright spot for the future. Health security is a huge issue today, as infectious diseases kill over 17 million people a year. At least 30 new diseases have emerged in the last 20 years, and they all require attention and research in order for cures to be discovered according to the World Health Organization.

Next year’s GHSA event will be hosted by the Netherlands and will highlight progress and continue to build momentum on these issues.