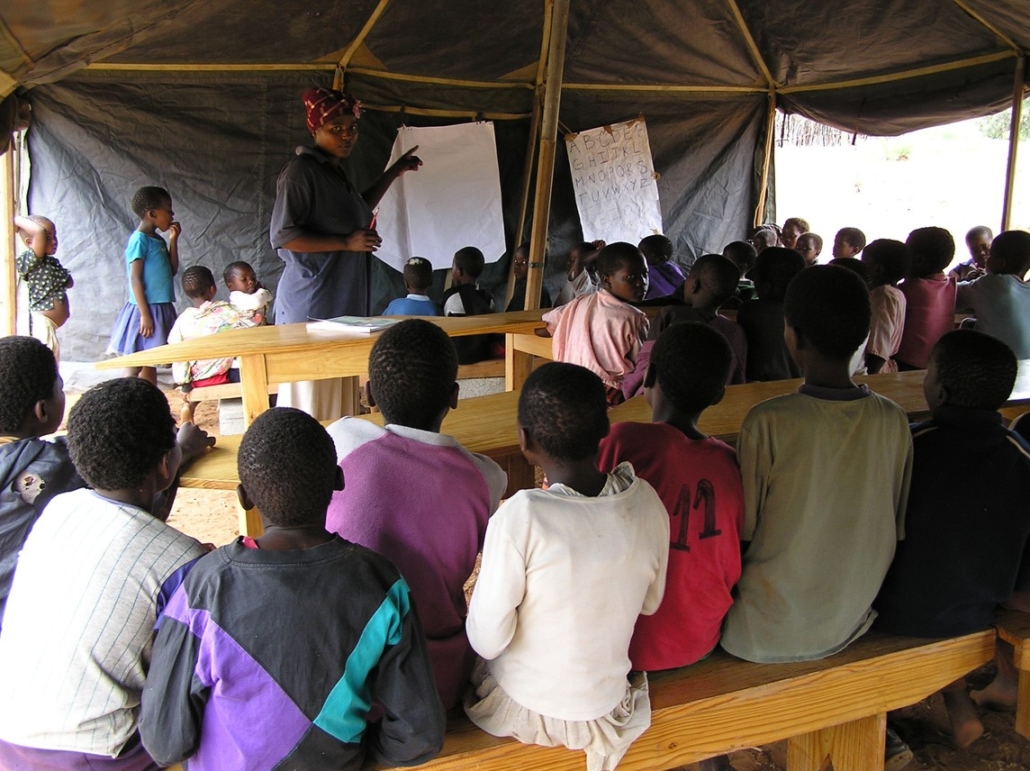 In Swaziland, a relatively small, landlocked country in Southern Africa, a surprising trend has emerged: girls are receiving education at a higher rate than boys. According to the latest count on gross enrollment rate, the percentage of girls at every level of schooling has been higher than boys. However, due to the high rate of poverty, the HIV/AIDS epidemic and teenage pregnancies, the education of girls in Swaziland still has a lot of room for improvement.

Currently, although 97 percent of girls enroll at some point into primary school, only 37.7 percent of them continue into secondary education. Beyond that, only about 5.5 percent enroll in tertiary education.

One of the biggest obstacles in the way of girls’ education in Swaziland is poverty. Primary education in Swaziland currently operates under the Free Primary Education grant, launched in 2010, which stipulates that families send all children to public primary schools up to grade seven from the ages of six to 11. As of 2014, this program has enrolled about 80 percent of primary school-aged Swazi children. However, schools charge annual top-up fees, averaging at $76 per year, to cover running costs. With 58.9 percent of Swazis living below the national poverty line, defined as $2 or less per day, higher education becomes out of reach for many girls. This has resulted in many families withdrawing from educational programs in order to pay for the ever-growing costs of basic necessities such as food and medications.

Next, the health care issues that have plagued Swazis for decades often disproportionately affect girls. The country experiences a significant HIV/AIDS gender gap which has been widening in recent years, with girls between the ages of 10 and 14 being almost twice as likely to have contracted HIV/AIDS than boys of the same age. HIV/AIDS inhibits children from attending schools as income initially used for school fees often becomes redirected toward medications.

Premature parental deaths caused by HIV/AIDS has also led to record-high numbers of orphans in the country. With few institutions in place to cope with the crisis, many of these minors, especially girls, become heads of families. As a result, they must forfeit their education in order to care for their siblings.

In addition, the country has a high rate of teenage pregnancies, many of them resulting from sexual abuse by close male relatives. One in three girls report having experienced sexual violence before the age of 18. With less than 30 percent of sex occurring with contraceptives, many of these sexual relationships result in teen pregnancies. Although there are no explicit laws in the country to exclude pregnant students from schools, local communities often ridicule and stigmatize these young mothers, which, often in combination with the needs of their children (schools rarely offer childcare or support), frequently results in them dropping out. The numbers indicate this because although 98 percent of Swazi children enroll in primary school at some point in their lives, only 27 percent enroll in secondary school.

There is, however, much hope for the future for girls’ education in Swaziland. For example, UNICEF is currently actively collaborating with the Swazi government as well as the U.N. to decrease teenage pregnancy and to eliminate mother-to-child transmission of HIV. The organization has dedicated human resources to Swaziland starting in 1968 and has since then engaged the Parliament to adopt better legislation regarding health and education issues and have supported strategies reducing the spread of HIV/AIDS through changes in community behaviors. Many NGOs are also invested in the issue, including Children’s HopeChest, which has been working to empower orphans in Swaziland by constructing housing and other facilities for them. Since 2004, the organization has impacted over 7,000 children. Furthermore, mothers2mothers International operates in Swaziland with the goal of preventing mother-to-child transmission of HIV as well as providing support for individuals and families who have contracted the disease. Between its inaugural year of 2008 to its last data count in 2017, the program has enrolled 68,796 clients.

Conclusively, although the girls’ education in Swaziland still has many obstacles to overcome, including poverty, the HIV/AIDS epidemic and teenage pregnancy, there is much hope on the horizon. Today, over 95 percent of female Swazis are literate and that number should grow. With new educational and health programs being put in place by both the government and NGOs, teenage pregnancy and HIV rates are almost certain to decrease within the next decade.