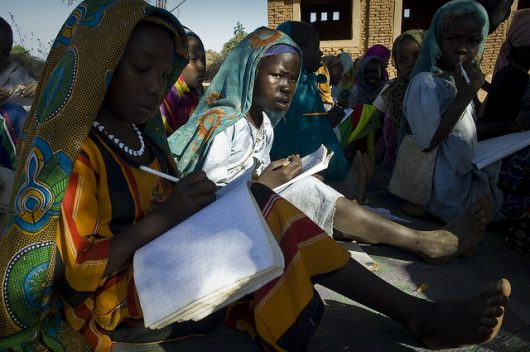 In 1960, Chad achieved independence from France. For close to half a century, Chad was embroiled in regional conflict and internal upheaval. As the conflict has begun to subside, the Chadian government is pursuing increased governance and development. Girls’ education in Chad is a salient point in development for the government.

As the Chadian government works to improve educational conditions for girls and the population at large, Chad continues to receive a large influx of refugees from Nigeria, Libya and the Central African Republic. For many of these refugees, the chances of returning to their countries seem unlikely. Therefore, the issue of providing education to girls becomes an even greater task.

According to the United Nations Girls’ Education Initiative (UNGEI), the female literacy rate between the ages of 15 and 24 is roughly 41 percent. In contrast, the literacy rate for males in the same range sits at 53 percent. Furthermore, 49 percent of females have never attended primary school, compared to 42 percent of males. Furthermore, the Global Education Monitoring Report notes that the average number of years of education for females is 3.16 years.

Although the Chadian government has made primary and secondary education compulsory, girls are disproportionately less educated. One major contributor to this was the now-defunct legal marriage age. According to Chadian law, girls were allowed to marry at the age of 15, and 72.3 percent of girls married before the age of 18. At face value, this may not appear to be a major reason why girls have less access to school. However, it becomes evident when studying secondary school statistics. The transition from primary to secondary education for girls is 82 percent, which remains relatively close to male transition rates. But only 9 percent of these females manage to complete their secondary education, presumably because many girls married and left school.

Chad has received large amounts of support from UNICEF through various education initiatives. One initiative, the Revitalizing Basic Education in Chad project, aims to provide quality education to impoverished children and adolescents in Chad. The project’s major goals are to provide quality education for 34,760 children who are currently out of school. Supporting the Chadian government’s efforts, this initiative plans to raise primary school completion rates to 80 percent by 2020. This project has the potential to greatly improve girls’ education in Chad.

In 2015, Chad’s president launched a campaign to end child marriage and raise the legal marriage age to 18. This initiative was entered as a bill in Chad’s parliament and was successfully passed in 2016. Strict penalties were introduced; an individual who marries a female under the age of 18 can face up to 10 years in prison and a substantial fine. This legislative success will play a major role in girls’ education in Chad.