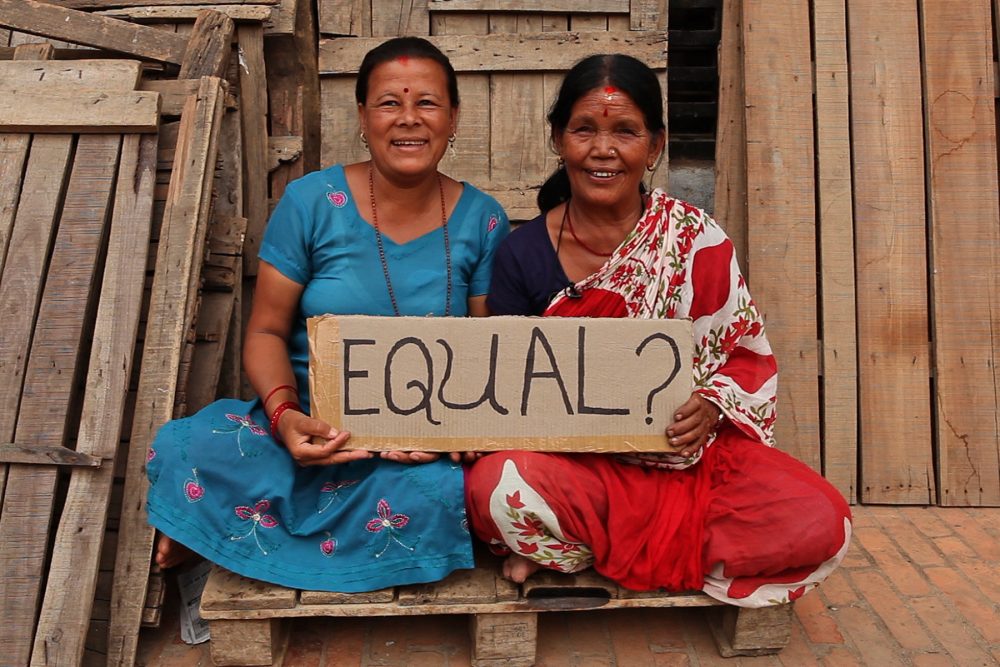 As more Nepalese men leave their homeland in search of employment, the women—especially in rural areas—have begun to take a larger role in society. Even with these new-found responsibilities, the women of Nepal remain trapped in the cycle of poverty and gender-based inequality that has plagued the country for generations. In Nepal, a woman can run a farm yet have no access to the profits the land yields.

Nepal’s economy relies largely on foreign aid, and despite the tremendous progress since the 1990s, 40 percent of the population continues to live below the poverty line. That number declined by 11 percent overall since the mid-90’s, but this still leaves one third of all Nepalese children living under such conditions.

Unemployment leads thousands of Nepalese to migrate to neighboring India in search of a way to provide for their families. Unfortunately, the open border allowing this migration also renders human trafficking, for both sexual and hard-labor purposes, much easier. The trafficking of an estimated 200,000 Nepalese women has filled brothels across India. Someone known to the family often tricks the victims with the promise of a well-paying job. In other cases, women are simply kidnapped and smuggled across the Nepalese border into India. Low-paid border police are easily bribed—an issue activist groups currently target with practical training for the police regarding how to spot a victim of trafficking.

Abuse also follows women who migrate willingly to countries like Lebanon. Under the Kafala system, one employer receives the work permits, meaning women who dare leave an abusive employer risk deportation. Because legal employment pays little, if any, wages, many Nepalese migrants turn to the illegal informal sector. The Nepalese government has reacted with heavy restrictions on women’s travel and migration to the country.

Evidence suggests that the expansion of women’s rights can relieve a country from poverty sooner. Yet, historically, gender inequality has been ingrained in Nepalese society. Chhaupadi, the practice of forcing a women in menstruation or having recently given birth to live apart from the family until the bleeding ends, is still practiced throughout the western and central regions of Nepal. Within the Nepalese family unit, women cannot live individually, which incapacitates victims of domestic abuse who might otherwise leave. Few women report abuse or trafficking to police.

The future of the Nepalese women requires addressing the two main factors of her suffering: economic and gender-based inequality. Microloans offered to rural women proves to be one method to fight the temptation of falsely-alluring jobs abroad. Survivors of trafficking have also received such loans. In 2007, the Nepalese government enacted the Human Trafficking and Transportation Act, but without proper implementation, the Act fails to serve its purpose. The issue demands further international attention, and increased financial independence for women in Nepal.

Reports of Human Rights Violations#BringBackOurOil: A Study of the Nigerian Economy
Scroll to top