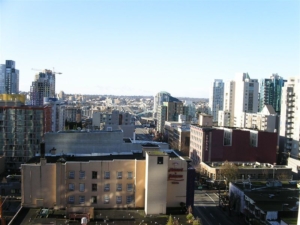 Data from the World Bank released last week reports twenty fragile countries who are starting to reach development goals.  As the Millennium Development Goals near the end, news of progress is exciting and hopeful. Progress in fragile countries ranges from efforts in reducing poverty, improving the education of girls, and cutting down on deaths during child birth.

The Millennium Development Goals are set to expire in 2015 and these 20 countries were not on track just a few years ago. The progress that has been made since 2010 is remarkable. In addition, six more fragile countries are on target to hit the goals by 2015. Countries like Afghanistan, Nepal, and Timor-Leste have seen a 50% reduction in people in extreme poverty and increased the number of girls in school.  These are strong accomplishments for any nation, but for these nations who are coming out of war and devastation, the results are even more extraordinary.

The data serves as a call for the global community to not strike countries off as hopeless or lost causes, but to seek the development of all nations.  While these twenty have seen remarkable progress, many war-torn nations are still lagging far behind the benchmarks set up by the Millennium Development Goals. These nations are also very prone to relapse as is the case of Yemen who was on target to meet the goal of reducing death during childbirth until the violence during the Arab Spring in 2011.

World Bank leaders are calling for a bridge between long-term development and humanitarian assistance to help countries in the middle of crisis.  When the international spotlight leaves a country in distress, often so does the humanitarian aid, leaving the country devastated and struggling to rebuild itself. To rebuild requires support that focuses on clear actions, steps, and transparent and accountable goals. As nations tighten their spending in the midst of the economic downturn, effective aid is even more important. The World Bank is committed to working more closely with the United Nations to see that long-term development happens in fragile countries.

Community involvement is also key in addressing and meeting needs and designing appropriate projects.  As aid organizations work together with communities, they can address the causes of conflict and also create programs and plans that emerge as long-term solutions.  In the final push to accomplish the Millennium Development goals, this type of aid is going to be increasingly important.