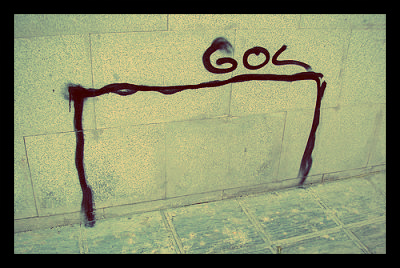 Curious about this “MDG” phrase that keeps coming up in the global health and development world? MDG stands for Millennium Development Goals, eight poverty-addressing goals set by the United Nations in 2000. Delineating eight specific goals, 189 member states and 23 International Organizations, the MDGs should be met by 2015. Below is a summary of each of the goals.

Of all the goals put forth by the MGD, the prospect of eradicating extreme poverty and hunger has seen the most progress. In fact, the target of halving the proportion of people whose income is less than $1.25 a day was met an impressive five years ahead of schedule. While this is a laudable achievement, the fact that globally, 384 million workers lived below this threshold in 2011 keeps our feet rooted in reality. Moreover, it is estimated that to this day 870 million people are undernourished. While there is work to do, it is important to point out successes where they are due.

Arguably, the number one feature of a developed nation is an educated population. To be sure, equal opportunity to education does not solely benefit the recipient. In order for a state to develop on a technological and social level, it is of ample importance to maintain a strong education network. To date, more children than ever are receiving primary education. The UN reports that enrollment in primary education in developing regions reached 90 per cent in 2010, up from 82 percent in 1999. While progress occurs, estimates show that in 2011, 57 million children were out of school and globally, 123 million youth between the ages of 15 to 24 lacked basic reading and writing skills.

Regrettably, in many nations women are viewed as second to men. What is more, this is not a feature exclusive to underdeveloped nations; Australia’s new prime minister, Tony Abbot, has stated men are genetically programmed to rule over women. While this type of antiquated thinking is laughable and likely a result of poor education, it cannot go ignored. To this day, in many countries women do not receive the same opportunities as men. The UN reports that while “the world has achieved equality in primary education between girls and boys, only two out of 130 countries have achieved the target at all levels of education.” There is a lot more work to do in this sector.

For underdeveloped and developing nations, the child mortality rate is a strong indicator of development. In fact, children born into poverty are twice as likely to die by the age of five than their wealthier counterparts. According to the UN fact sheet, “despite population growth, the number of deaths in children under five worldwide declined from 12.4 million in 1990 to 6.6 in 2012, which translates into about 17,000 fewer children dying each day. This is principally due to greater access to medication, especially vaccines for infectious diseases such as measles.”

6. Combating HIV/AIDS, Malaria, and other Diseases

Of the infectious diseases humanity has faced, the two most visible are HIV/AIDS and, to a much greater degree, malaria. Prima facie, it seems that HIV/AIDS rates are going up because more people are living with the disease. However, these are people that wouldn’t be alive were it not for greater access to treatment. With greater education and more comprehensive knowledge, however, transmission rates among young people have decreased dramatically.

Globally, malaria remains the number one killer of humans. With greater access to treatment, however, the estimated incidence of malaria has decreased by 17 percent since 2000. Along with strides in malarial treatment, the UN estimates that treatment for tuberculosis has saved up to 20 million lives between 1995 and 2011.

While good news can be reported on each of the other MDGs, the environment is worse off now that it has ever been. According to UN estimates, global emissions of carbon dioxide have increased by more than 46 percent since 1990. Deforestation continues to spread like a cancer, polar ice caps continue to melt, and yet, politicians continue to deny the likelihood of climate change. Despite environmentalist detractors, initiatives have been launched to protect the environment. Since 1990, the rate of protected areas has increased by 58 percent.

For many, this area will be the most important aspect of policy-making moving forward. As far as the environment goes, once damage is done, the prospect of reversing it is fiction.

8. Developing a Global Partnership for Development

The number one goal of this area is to “develop further an open, rule-based, predictable, non-discriminatory trading and financial system.” Specifically, this means free trade at a global level. Yet, despite promising rhetoric, protectionist measures continue to effect global trade.

Yet while many aspects of this area remain obscured, there has been cooperation in ensuring the prospect of meeting each of the preceding goals. It is important to realize that this final goal is the least well defined of the goals and, thus, will be most difficult to measure. There is ample work to do, but there has been progress.