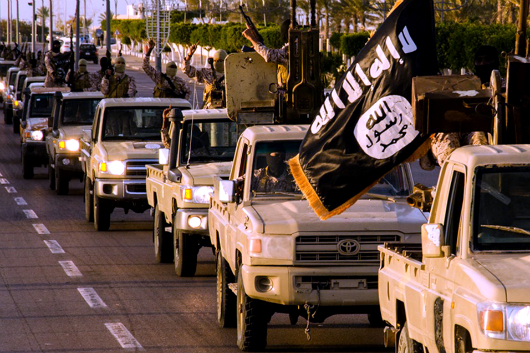 On June 2, 2015, Iraqi Prime Minister Heider Al-Abadi spoke to an international coalition of over 20 countries in Paris in a bid to refresh the coalition’s strategy on combating violent extremists such as the self-proclaimed Islamic State, or ISIS.

The next day, at a United Nations forum discussing the role of the media in combating terrorism, U.N. Under-Secretary-General for Political Affairs, Jeffrey Feltman said, “Groups like ISIS succeed because they offer young people opportunities to engage with their peers and provide a space where they can bond over their grievances, hopes and deeply held desire for a world that is just and fair.”

The fighting that has raged throughout Iraq has left many families desolute and has taken a tremendous toll on children. According to the UNICEF, violations against children has increased by 75% over the last year. This includes abduction and the recruitment of child soldiers.

Missing amidst the talks of military and media foreign aid strategies to combat ISIS is the lack of humanitarian aid investments for displaced Iraqis. U.N. officials warn that millions of Iraqis caught between ISIS and the Iraqi Army could be without food or shelter over the next six months unless $497 million is raised in emergency funds.

As if the current demands are not hard-pressing, on June 23, the World Health Organization has asked for an additional $60 million to prevent 77 healthcare clinics from shutting down. The lack of water and soaring temperatures have led to a rise in dehydration among displaced Iraqis. With desperation mounting, Iraqis are looking for alternatives to extremist groups to find support. However, these alternatives often do not exist.

The National Bureau of Economic Research (NBER) has shown that when the Iraqi government provides service provisions across the socioeconomic spectrum, there is a reduction in violent insurgency. According to the NBER, a 10% increase in labor-related spending generated a 15% to 20% decline in labor-intensive violence in Iraq. As the violence decreases, social and economic stability ensues.

Unfortunately, according to the Organization for Economic Co-operation and Development, official development assistance to the poorest countries fell by 8% between 2013 and 2014, excluding debt relief nations where the figures are higher at 16%. Iraq oversaw a spike in violence over that same period of time.

Providing intelligence and weapons may help to slow down ISIS. However, continued foreign aid investments into social and economic programs in Iraq and Syria are needed to ultimately reduce global threats.

If the international community does not supply the necessary foreign aid to Iraq, if people are not fed and do not have their basic health needs met, they will have no choice but to turn to ISIS, a group ready to supply them with work and food. This outcome would be catastrophic for the Iraqi government as well as the United States and our allies.