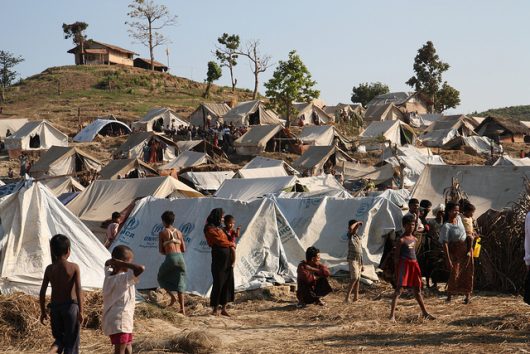 Foreign aid has been a part of American culture ever since the end of World War II. Under this modern international order, the U.S. has been able to successfully flourish and spread its message of democracy. Former Secretary of State John Kerry said, “The money we devote to international programs … amounts to just one percent of the total federal budget.”

The main piece of legislation that authorizes the use of foreign aid is the Foreign Assistance Act (FAA) of 1960. While this act provides an outline and structure for dealing with foreign aid, Congress decides on most budget decisions and distribution of funds through various bills. This year’s proposals for specific financing have already been laid out in the FAA.

In order to properly finance obligations made in the 1960 legislation pursuant to section 476, more than $1 billion is to remain available until the fall of 2018. This specific bill makes $1.7 billion accessible for assistance to foreign countries. Although this seems like a lot of money, this is an $877 million cut in aid compared to the 2016 foreign aid budget. However, aid to Eurasia will remain the same at $930 million in order to combat Russian aggression in countries like Ukraine.

Congress sets the standard and fosters the responsibility of stabilizing funds responsibly. By enforcing specific conditions on the distribution of foreign aid, international goals can be successful. This affords leverage in critical situations of destabilization, like negotiating democracy with countries that erupt into a military coup.

Destabilization of a nation can reduce access to basic health services. Through the effort of international funding, governments can “control pandemics before they reach our shores.” The current budget that the U.S. Congress has agreed on includes $8 billion toward funding worldwide healthcare initiatives. A portion of this money was used to successfully implement the President’s Emergency Plan for Aids Relief (PEPFAR), ultimately ending child and maternal deaths that previously had been unavoidable.

In addition, supporting the international community allows for the stabilization of nations and prevents the spread of terrorist activity. In the current 2017 budget, $71.1 billion is to be distributed in order to combat terrorist networks like the Islamic State of Iraq and the Levant (ISIL) and Al Qaeda.

Through international efforts, nations have been assisted from destabilization and diseases have been contained. The budget plan for foreign assistance this year will be distributed appropriately once budget decisions are finalized and approved.