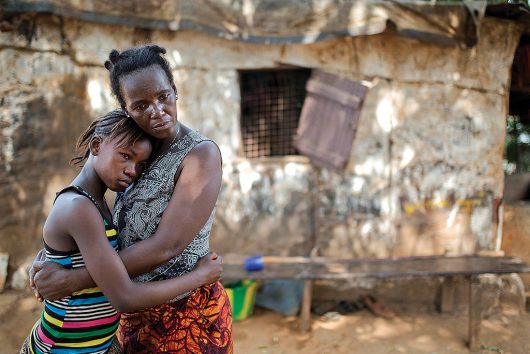 As one of the poorest countries in the world, Sierra Leone is ranked 180 out of 187 on the U.N.’s Human Development Index and faces many challenges to creating sustained development. The year 2012, the last year for which official statistics are available, put the proportion of the population below the poverty line, at 60%.  Since the recent Ebola outbreak, current estimates indicate that 77.5% of the population suffers from poverty in Sierra Leone.

Ebola Epidemic and its Consequences

The Ebola epidemic significantly set back the progress made by the West-African nation since the end of its long civil war in 2002. Taking around four thousand lives, and disrupting the country’s health system, the outbreak rocked the developing country.

Until the outbreak, Sierra Leone made numerous strides in multiple aspects of development. The country was cited as a success story of peacebuilding missions and establishing good governance and stable institutions. GDP growth averaged over seven percent every year for the past decade, but shrank to two percent after the West-African Ebola crisis.

The country is heavily reliant on exports of iron ore to support its domestic economy, contributing to GDP more than all other factors combined. Most of the rest of the country’s revenue comes from agricultural products, which remain at low productivity levels across the board.

Additionally, the country has a high dependence on foreign aid, with more than half of investment coming from foreign sources.

Despite progress, lack of infrastructure and high youth unemployment remain large barriers to the country elevating to a middle-income status. With 70% of its youth unemployed and only about 40% of adults able to read, significant investments in economic development and education remain high priorities to eradicate poverty in Sierra Leone.

The poor nation also has one of the highest infant mortality rates in the world, with over 71 deaths per 1,000 live births.

Many international groups are engaging in efforts to reduce the level of poverty in Sierra Leone, including the International Finance Corporation branch of the World Bank, which is investing in many critical areas to boost economic and private sector development to hopefully make the country a self-sustaining middle-income country.

Additionally, the International Rescue Commission provides humanitarian relief efforts through local engagement to prevent death by preventable diseases. The organization accomplishes such feats through its healthcare and educational assistance which improves future prospects.

While the rise of Ebola may have temporarily derailed development efforts, Sierra Leone continues to march toward improved economic and social conditions with help from international organizations. While challenges exist, the country has been consistently improving since 2002.

The country hopes to bounce back from its recent hiccup as quickly as possible and to begin addressing the issue of poverty in Sierra Leone, which prevents it from becoming a middle-income country.