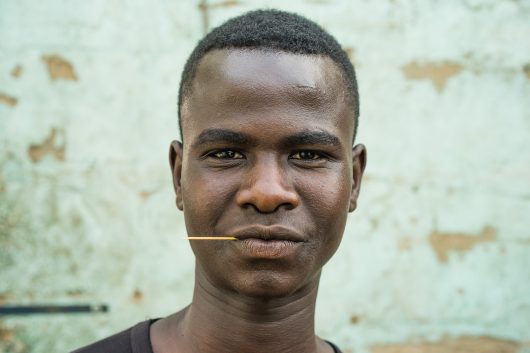 Through its history, the African country of Chad has fallen victim to instability, corruption and devastating climatic variation.

Since the country gained its independence from France in 1960, it has struggled with controversial elections and an allegedly corrupt president, Idriss Denby Itno. Tensions between religious groups and ethnic factions have furthered instability despite several peace agreements that have been reached.

Equally as damaging as Chad’s instability is its unpredictable climate. The country relies heavily on oil and agricultural exports, yet soil erosion, drought and plague locust can destroy crops and make it impossible to collect oil and other natural resources.

Factors like political and social instability, as well as an unforgiving climate, make poverty in Chad very real and very challenging to fight.

According to the World Bank over 45 percent of Chad’s population lives at or below the national poverty line. The poverty line is the amount of income needed to afford the necessities of life like food, water and shelter. Living at or below a poverty line can put immense pressure on people and often causes children to miss school. Unfortunately, uneducated communities often lack the skills and knowledge to help lift themselves out of poverty and in turn become even more impoverished.

Exemplifying what can come with living under the national poverty line is Chad’s slum population. As of 2014, nearly 90 percent of the Chadian population resided in slum housing. A slum is defined as housing that lacks access to clean water, sanitation, proper living space or structural durability. These living conditions can lead to higher rates of illness and crime within the community.

Overall, poverty in Chad has a devastating effect on the country. By looking at how long a country’s population lives, how educated they are and what standards of living they endure, one can determine how developed the country is. Every year the U.N. collects this data to look at each country’s development progress. The result is  the Human Development Index (HDI) which uses life expectancy, an education index and Gross National Income as key dimensions of human development.

In 2015, the U.N. ranked Chad 185 out of 188 countries measured in terms of HDI. This low score means that on average, Chad is not only less developed than most other countries, but it’s people live shorter lives, are undereducated and are relatively unproductive in terms of GNI.

This statistic is undoubtedly linked with high rates of poverty in Chad. And, though investments in Chad are risky, there are organizations reaching out to Chad.

One organization, Aid for Africa empowers especially vulnerable populations like women and children in hopes that they may one day escape poverty. This is done through community-based self-help programs, education programs, business help and ecological protection.